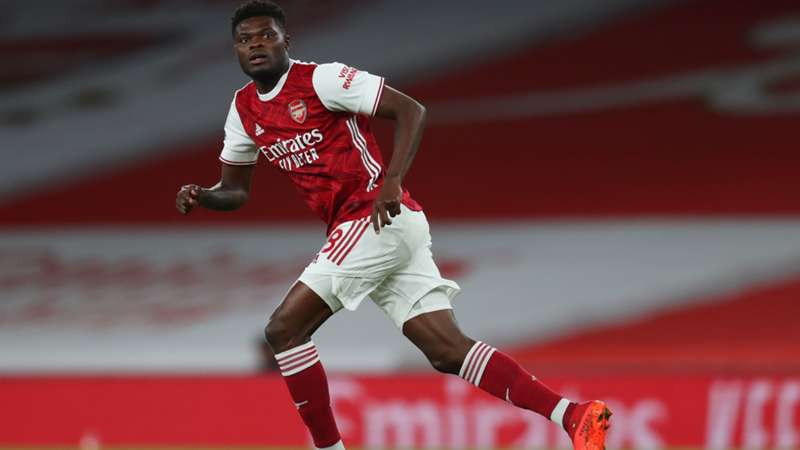 When Arsenal were looking to bring in Thomas Partey during the summer, all the talk centred around how Mikel Arteta would reshape his midfield around the Ghana international.

Dani Ceballos - such a key figure under the Arsenal boss during the latter months of last season - had already returned for another season on loan from Real Madrid and looked certain to play a major role over the coming campaign.

And Granit Xhaka, who had been a mainstay in the heart of the Gunners' side from the moment Arteta walked through the door to replace Unai Emery, was still very much in the Spaniard’s plans.

But one player who was not really being discussed was Mohamed Elneny, who had just returned to north London having spent the 2019-20 season on loan in Turkey with Besiktas.

A summer exit looked likely for the 28-year-old, with Arsenal open to moving him on, only for his £50,000-a-week wages to end his chances of another potential spell in Turkey.

So Elneny stayed put and started to focus on impressing Arteta, who had been a team-mate following his move to the Gunners from Basel in January 2016.

He started in the Community Shield against Liverpool and performed impressively at Wembley, but few would have predicted that he would go on to make himself a key component in Arteta’s side.

But that is exactly what Elneny has done - even after the eventual arrival of Partey from Atletico Madrid on deadline day.

The Egypt international has started seven of Arsenal’s 11 games in all competitions so far this season, and against Manchester United on Sunday played a starring role as the visitors claimed their first league win at Old Trafford in 14 years.

“What Mo transmits to the team is special,” Arteta said after the 1-0 win. “He has this energy as a person.

“He goes in the room and he creates that atmosphere. We needed that energy and that positive feeling that he brings all the time. I think he was tremendous.”

Elneny’s reniassance under Arteta has been remarkable. A bit part player under Arsene Wenger and an outcast under Emery, he has now made himself almost undroppable in the Premier League.

And that could mean both Xhaka and Ceballos - who found themselves as unused substitutes against Manchester United - line-up from the start against Molde in the Europa League on Thursday.

That would be a major turnaround for two players who were the bedrock of Arsenal’s charge towards the FA Cup at the end of last season.

There is no doubt both still have major parts to play for Arsenal in the months to come, but for Xhaka especially the situation is one few would have envisioned just a matter of weeks ago.

Elneny has, however, become an increasingly influential figure as the season has progressed. He started on the opening day against Fulham and again in the defeat at Liverpool.

It was noticeable that when Ceballos was introduced with half an hour remaining at Anfield it was Xhaka who was withdrawn, rather than the Egyptian.

More starts were to come against Sheffield United, Rapid Vienna, Dundalk and then United, with his performances improving by the week.

He was left on the bench during the 1-0 defeat to Leicester City, with Xhaka and Ceballos lining up alongside Partey, and a disjointed performance followed which saw Arsenal slip to their first home league loss of 2020.

Partey, who had been so impressive alongside Elneny in the win against Rapid Vienna a few days previously, found himself on the fringes of the game that night - with Xhaka dominating the play.

With the Switzerland international constantly dropping deep to receive possession from the defence, he had 113 touches of the ball compared to Partey’s 63. He also made 34 more passes than his new team-mate.

Partey was not on the ball enough to be a major influence and that was perhaps in Arteta’s thinking when Elneny was brought in to partner the Ghanaian at Old Trafford the following weekend.

The pair combined superbly, sharing the workload in midfield and dominating their battle against Paul Pogba, Bruno Fernandes and Scott McTomiany.

Partey had more touches (85) than any other Arsenal player, with Elneny (75) his closest competitor. It was the Egyptian who made the most passes (65), however, five ahead Partey (60).

They provided Arsenal with an energy in midfield that has been sorely lacking at times. Their work-rate and mobility was noticeable, right up to the final minutes when Elneny had his team-mates and the Arsenal coaching staff on their feet with his tireless attempt to press and win the ball back near the halfway line.

“Elneny is a modern day midfielder,” Wenger once said. “He will work hard for the team. He has great technique and his physical attributes are very important.”

Never had those words felt more apt than those final few minutes at Old Trafford, and those are the attributes that have perhaps seen the former Basel star seemingly edge ahead of Xhaka in the pecking order at the Emirates.

“I played with him so I know his qualities and who he is as a person, and what he brings to the squad,” said Arteta.

“I like players that have zero ego, who play for the team, who want to contribute regardless of what it is, whether that’s one minute or 96 minutes or just by being there and giving positive feedback all the time.

“He contributes to our culture and is a person who is admired by everyone at the football club. And now I think he’s showing his qualities as a footballer, I always believed he had them.”

Elneny’s reward for his stand-out display at Old Trafford at the weekend is likely to be a well earned break against Molde, with Xhaka and Ceballos expected to feature from the start.

Two players who were so key to Arteta’s plans last season suddenly find themselves in a battle for a regular starting spot in the Premier League due to the reemergence of a player who had been viewed as surplus to requirements.

Elneny possess the work-ethic and determination that Arteta demands from his players and now he is showing he has the quality as well.

Add that to that the fact he is proving to be the ideal partner for Partey in midfield and it's clear that Xhaka and Ceballos are now facing an unexpected battle for game time at the Emirates.