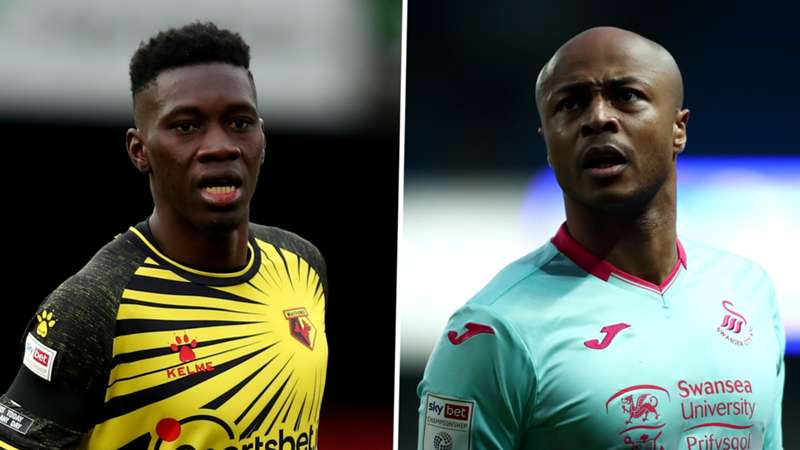 Given the nature of football during the pandemic to throw up unexpected scenarios, the closely-contested race for automatic promotion in the Championship has demonstrated that some things just never change.

Watford currently sit second behind runaway leaders Norwich City on 66 points after 35 games played, level with a Swansea City side that have a game outstanding. Both teams have taken advantage of Brentford’s February wobble to sit third and fourth respectively with the Bees’ run of four defeats in seven seeing them temporarily lose their spot in the top three ahead of Friday evening's victory.

Leading Watford’s charge is Ismaila Sarr, the Hertfordshire outfit’s top contributor in the final third. The Senegal attacker has been involved in 12 goals and assists for Xisco’s team, scoring eight times and setting up four more to account for 26 percent of the team’s return.

There was always a feeling that the 23-year-old deserved top tier football given his performances for the side who went down post-lockdown in July despite a late revival. Sarr’s speed and trickery has proven to be an asset for the Vicarage Road outfit, completing 1.9 dribbles per game—third behind Ovie Ejaria (2.7) and Bright Osayi-Samuel (2.8), who’s since departed for Fenerbahce in January.

No player has won more penalties than the springy West African (four) and his 10 big chances created is only outdone by Norwich’s talismanic playmaker Emiliano Buendia (13) and Harvey Elliott (11).

If Sarr’s importance to Watford’s cause is known, Andre Ayew’s prominence in Swansea’s run of results in recent weeks has to be praised to high heaven. He’s been involved in 16 goals so far, placing him seventh in the Championship after 14 goals and two assists.

There’ll be the immediate inclination to point out five of the Ghana forward’s strikes have come from the spot, but the timing of those spot-kicks put a different context on the incidents.

While Ayew has netted a penalty in each of his last four outings for the Swans, two, in particular, stand out: he scored a 96th-minute spot-kick in the 2-1 win over Stoke City on March 3 before keeping his composure to win the game against Middlesbrough at the death three days later.

The significance of that 97th-minute effort against Boro was laid bare after the visitors thought they’d picked up a point after Sam Morsy levelled in the first minute of second-half stoppage time. The subsequent Neil Warnock protestations further emphasised the agony of the away side at the Liberty Stadium.

Now 31, the West African last played Premier League football in 2017/18 and may not get a better chance to right the wrongs of last year’s semi-final playoff defeat by Brentford. Ayew was thwarted by visiting goalkeeper David Raya in the first-leg and, despite netting with nine minutes to play, the fine margins of that tie meant the Welsh side were beaten 3-2 on aggregate.

Swansea boss Steve Cooper has been delighted with the forward, whose recent success from 12 yards has won the side five points in their last three games, praising his overall dependability in the big moments.

“Andre’s always been an important player for us," Cooper said ahead of his side's trip to Luton Town on Saturday, Walesonline reports. “The type of player who he is and the difference he can make in games is and has been important to us. He’s only focused on keeping it going.

“He's getting a few goals from penalties, but he’s got to be there to score them and he’s a player for big moments. Hopefully, we can create a few more big moments for him and he's there to make the most of them, whether that's creating or scoring goals because that's what he does among some other things.”

Only Watford’s Troy Deeney (six) has scored more penalties than Ayew’s five, and the frequency with which the Swans have won spot-kicks has bothered Luton Town boss Nathan Jones, who questioned the decisions.

“I’m sure things even themselves out over a season, but in the last four or five games [Swansea] have had four penalties,” Jones pointed out before Saturday’s clash with the Swans. “Sometimes the wind blows your way, but we’ll be hoping that no poor decisions are made by our players and anyone else in the stadium.

“But you can’t plan not to give a penalty away. You’ve just got to defend well and hope that the right decision has been made on the day.”

Those concerns are unlikely to deter Ayew who can be relied on to dispatch any penalty regardless of the timing if it means Swansea eventually end up playing PL football next season.

Expect Sarr to not surrender without a fight, though, and the race to finish second is likely to throw up more twists and turns in the final weeks of the ever-exciting Championship.