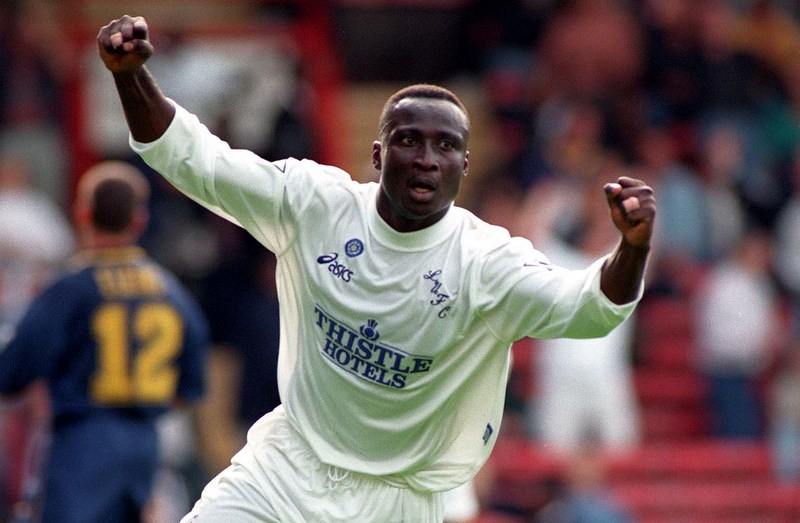 Nwankwo Kanu and Didier Drogba instantly jump off the page, but who else has influenced the English top-flight over the years?

Kanu’s time in England is fondly remembered, having played for Arsenal, West Bromwich Albion, and Portsmouth.

The Nigerian enjoyed his best spell in North London though, winning two Premier League titles and forming part of the historic side that went the entire campaign unbeaten in 2003/04.

The Nigerian can count himself as one of the players to have played in one of the eight sides in English football history to win the Double (League and FA Cup), a feat Arsenal achieved in 2001/02.

This made him the first African to accomplish this in the Premier League era - later matched by Didier Drogba in 09/10 and Riyad Mahrez in 18/19.

He was also instrumental as West Bromwich survived relegation in 2004/05 campaign, despite being bottom at Christmas, and helped Pompey win the FA Cup in 07/08.

Be that as it may, the 1996 Olympic Gold medallist’s most iconic moment in English football came against Chelsea at Stamford Bridge, where he netted a 15-minute hat-trick to overturn a 2-0 deficit against the Blues.

The Chelsea legend overcame a tough start in England to become one of the most influential imports in the top flight after he called time on his career at Stamford Bridge.

He doubled Kanu’s tally of league titles and scored considerably more too, with 104 strikes which makes him the outright African top scorer in Prem history.

The debate over who had the bigger impact may never truly be answered, but Drogba certainly rivals the Nigeria icon.

The incredible Ghanaian played for Leeds United for just two seasons in the 1990s but retains his cult hero status at Elland Road till date.

Yeboah was largely prolific in his time in England, scoring 12 goals in 18 appearances in 94/95, and netted the same number of goals the following season, having played four games more.

He was voted Leeds Player of the Season after his maiden year, and he’s remembered in English football for scoring spectacular goals, with belters against Liverpool and Wimbledon especially remarkable.

According to some observers, the Yak’s influence in the Premier League is greatly underrated, probably due to the fact he didn’t feature for one of the division’s leading sides.

Still, the Nigeria frontman scored 95 times in the top flight, two fewer than Emmanuel Adebayor and nine behind Drogba.

Yakubu played for Portsmouth, Middlesbrough, Everton and Blackburn Rovers, and was a reliable goalscorer for all four clubs, notably netting four in a game in the Prem on two occasions.

He may not have played for the division's illustrious clubs, neither did he win the top titles, but Nigeria’s top scorer in the history of the league certainly deserves a mention for his scoring feats.

The much-maligned Togo star wasn’t everyone’s cup of tea at Arsenal, Manchester City, Tottenham Hotspur, and later Crystal Palace, yet he supplanted the likes of Kanu and Yakubu to be Africa’s second-highest scorer in Premier League history.

Only Drogba, with 104 strikes, scored higher than Adebayor’s 97, and his most prolific season saw him hit the back of the net 24 times in 36 appearances as Arsenal narrowly missed out on the title.

Despite being regularly criticised by observers and even his own supporters, the blunt frontman should be remembered for his positive contributions instead.

When you’ve scored 49 goals and registered 10 assists in just 75 matches since arriving in a country, then your numbers largely speak for themselves!

That’s Aubameyang’s story since moving to Arsenal from Borussia Dortmund in January 2018, and his goalscoring return since the switch has bettered every player in the Premier League.

To truly emphasise the Gabon star’s impact, the names in his list include Sergio Aguero and Harry Kane, as well as African counterparts Mohamed Salah and Sadio Mane.

Auba scored 22 times in 18/19, level with Salah and Mane, to claim the Golden Boot in his first full season in England, a return that followed 10 goals in his first 13 appearances.

Having scored 17 times before the league was suspended, two behind Jamie Vardy with 19, the Gunners captain was in contention to retain the award, which would make him the ninth player to win it more than once, and the sixth to retain the prize.