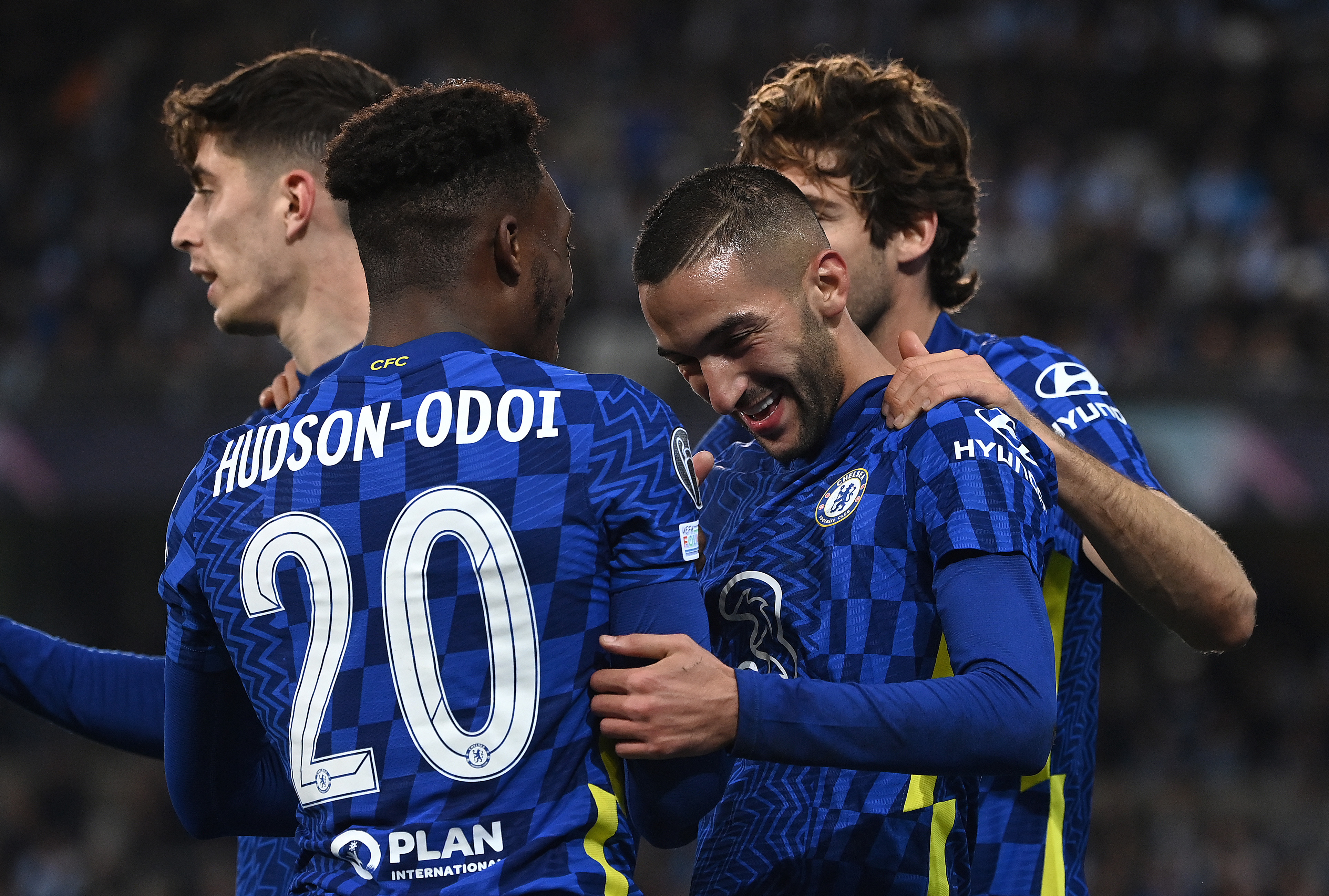 The Dutch hate it. Their support teams question it. And even the manager admits it's "unfair". But are the Chelsea futures of Hakim Ziyech and Callum Hudson-Odoi tied to sacrificing their natural games for more defensive roles...?

It was Malmo in Sweden. A game - a Champions League game - Chelsea were expected to win. As such, Thomas Tuchel rested several of his frontliners, but still went with his trusted system.

At wing-back. A position much discussed at Chelsea in recent weeks. Out went natural fullbacks - and the in-form - Reece James and Ben Chilwell. And in came Cesar Azpilicueta and Marcos Alonso. Further ahead were Ziyech and Hudson-Odoi. But in Tuchel's plans, the onus is on the wing-backs to attack as much - if not more - as the midfielders in front of them.

Of course, Hudson-Odoi had seen this all before. But for Ziyech, this was a first. A place in the starting XI and sitting on the periphery. Ajax's dynamic midfield schemer. The playmaker. The natural No10. He was now effectively a second wing-back. From being free to play as he wished in Amsterdam, Ziyech was now expected to not only track back, but to mark, to defend, to... tackle. It was a demand even his youth coaches at Dronten didn't consider making to him. But on a Champions League night. With the title holders. Ziyech would have to ignore instinct. Ignore everything in his game that had led him to where he is today. And play the percentages.

And credit to him. Ziyech did just that. In the end, the Morocco international even proved the matchwinner, latching onto Hudson-Odoi's assist. The makeshift pair only reaffirming that Tuchel's wing-back system is working.

In Holland, they were baffled. "Remarkable," exclaimed Fox host Cristian Willaert, "it's something we've never seen him do in the Netherlands."

Pundit for the night, Marciano Vink, agreed. The former Ajax defender declaring Eredivisie fans were witnessing on their screens the transformation of a player. Not just on the pitch, but also in attitude and even character.

"He doesn't do things to please himself anymore. Ziyech is expected to sit very deep. But that's a position he shouldn't be in at all. He has to be the director and give the pass," insisted Vink.

"The Ziyech we know is averse to that. He is someone who says: give me the ball, I'll send it. I find that very strange to see."

So has he had his wings clipped? Or is Ziyech simply adhering to what is needed to find a place in this Chelsea team? No matter the answer there, what we can say is that Ziyech is clearly giving this Chelsea career everything he has. When you consider the player who ran the show at Ajax. When you consider the character who has faced down Vahid Halilhodzic, effectively ending his international career in the process. This decision by Ziyech to reinvent himself cannot underestimated.

Whether it lasts, only he knows. But as it stands today. With the strength of this Chelsea squad. If Ziyech is to make it with the Blues, he won't do it fulfilling his potential as a free-running, free-scoring midfielder. As a Chelsea player, those days are over.

Willaert again: "At Ajax he was the creative man and if he lost the ball forty times in a match, that was not a problem at all, as long as he gave even just two assists. But you can't play like that in England."

Well, maybe Ziyech could play like that in England, but not in a Chelsea shirt.

Which is something Hudson-Odoi could also be facing in the coming months. In Sweden, Hudson-Odoi proved decisive. As he been in recent weeks. The England international rediscovering the form that two years ago had Bayern Munich directors courting him through the German and English press. In a more advanced role. He's been dynamic. Energetic. But he's had to pay his dues. As Tuchel says, to find a place in the manager's plans, Hudson-Odoi has had to accept being played out of position.

"Was it always fair to let him play right wing-back?" pondered Tuchel a week ago, "No, maybe not.

"But he had to take one for the team and he did. He was always positive and he showed the right spirit."

In contrast to Ziyech, Hudson-Odoi does appear to be played in his favoured role. And he's thriving. Digging in and accepting a chance at wing-back is now being repaid. Though with Tuchel, nothing is guaranteed.

"Enjoy the moment," continued the German, "but at the same time absolutely be aware of what it takes to stay in the team. It looks good at the moment."

Does Tuchel believe they can defend their Champions League title with Hudson-Odoi a starter? For the moment, the answer appears a positive. But consistency will be key. And you do fancy there will be times Hudson-Odoi will have to sacrifice his natural game - again - and "take one for the team".

Which is what Ziyech is now experiencing. It's clear in this formation, he will never have the chance to play in his natural role. Chelsea's game, unlike with Ajax, will never be played through him.

But for the moment, he wants this. He wants a career with Chelsea. And he's reinventing himself to achieve this. Hudson-Odoi has offered Ziyech a way forward. The Dutch may hate it, but like his English teammate, sacrificing his natural game is Ziyech's best chance of a future in Tuchel's Chelsea.