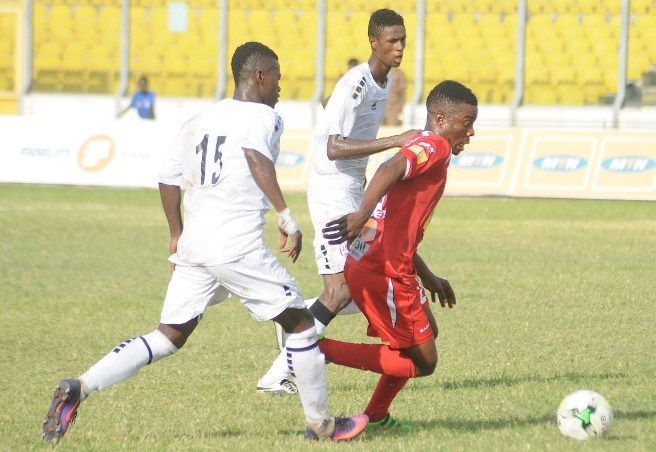 Former Asante winger Ollenu Ashitey is currently undergoing trial at Ghana Premier League side at Aduana Stars as he draws closer to to sign a new deal with the Ogya Boys.

Ashitey has been without a club since parting ways with the Porcupine Warriors in 2018.

However, the talented winger has expressed his determination to revive his career with the former GP, champions.

Ashitey, who has struggled to lit up the Premier League was handed a starting berth in Aduana Stars’ friendly against lower tier side Doumbe Stars as he is being monitored by the technical team.

Should he impress the club, there is a possibility he might be handed a permanent contract before the start of the league.

Aduana Stars are preparing for the start of the Ghana Premier League which has been scheduled to commence on December 28.