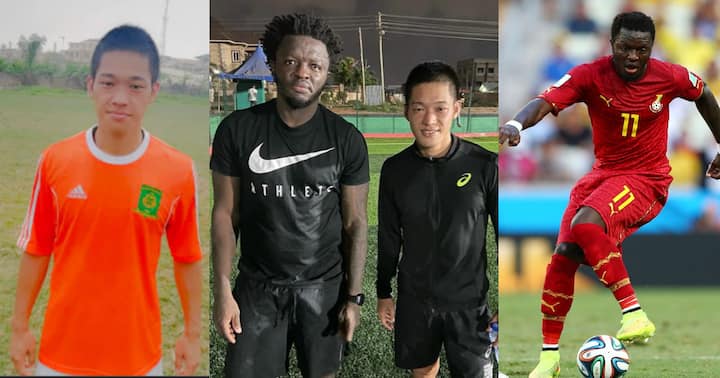 Muntari, who has played for a number of clubs in Europe, is currently a free agent and is spending some time in Ghana to stay fit as he continues his search for a new club.

Jindo, who signed for Ebusua Dwarfs last season, is preparing to make an impact for the club this campaign after failing to score a goal.

Sulley last played for Spanish lower tier side Albacete, following an illustrious career in Europe. Muntari was part of Jose Mourinho's treble winning team at Inter Milan, winning the UEFA Champions League, the Coppa Italia and Scudetto in the 2010 season.