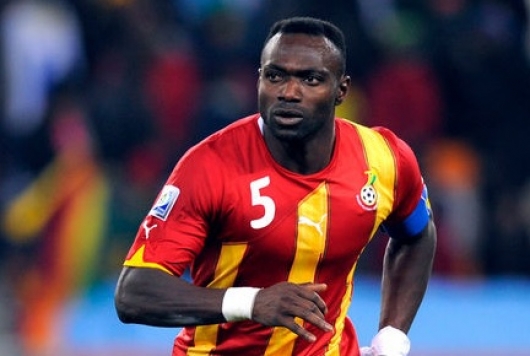 Former Black Stars Captain John Mensah insists he has not retired from international football but he is looking forward to recovering from injury that has kept him out of action for some time now.

The former Sunderland defender wants a return to the Black Stars when he recovers from injury, insisting there is no age limit to playing for the national team since he is a Ghanaian.

Having been out of action for a while now, Mensah revealed he is working on getting a club and will return to active football soon.

"There is no age limit set for the National team which forces a player to retire.” Mensah told Kumasi based Angel FM.

”As a footballer, you only make these decisions based on your health and your feelings, whether to retire and focus on something different. I’m praying to have a speedy recovery and then I can decide from there.

"Apart from that, if I manage to get a team by then and the National team presents an invite, I will accept because I am still a Ghanaian and didn’t leave the team on a bad note," he noted.

"Moreover, it was injuries which distracted everything but for now, my concentration is on my injury which I want to be healed,” he added.

John Mensah who was nicknamed the “Rock of Gibraltar” during his time with the Black Stars last played for AFC in the Swedish second tier league.