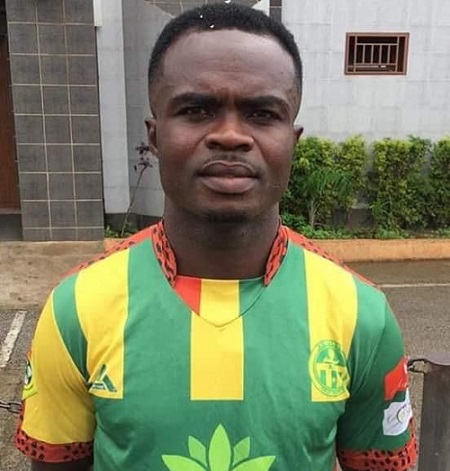 Former Asante Kotoko right-back Amos Frimpong has expressed his sadness after watching a video of Ghanaian footballers stranded in Ethiopia.

Reports from Ethiopia indicate that some Ghanaian players including Lee Addy have been stranded in Ethiopia for three months following the closure of Ghana’s borders in March as a measure to prevent the spread of the coronavirus pandemic.

In the video, the players were calling on the government of Ghana to come to their aid.

Speaking to Ghana Sports journalist Isaac Ganyo Tamakloe the AS Kaloum defender disclosed how he felt after watching the video.

"After watching their video, I felt so sad because it isn’t easy for most footballers outside home this time. Some teams have started asking players to look for their own apartment because most of them under normal times the season would have been ended by this time," he said.

"For the contract issue, I am yet to meet the club’s President over it. I haven’t and I will never regret playing for Current team AS Kaloum."

"Kotoko is a big team every player will love playing for but now I have a contract with my team so my concentration is on my current team."