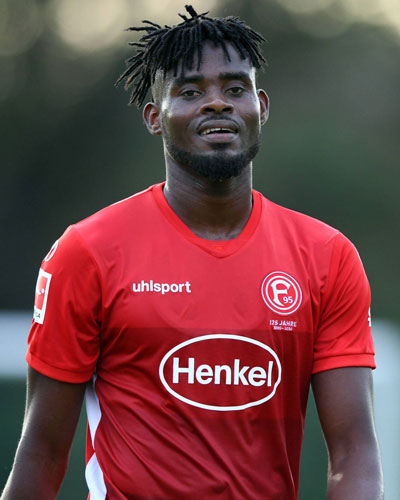 Sporting director for Fortuna Düsseldorf, Lutz Pfannenstiel has hinted that defender Kasim Nuhu will return to TSG Hoffenheim at the end of the 2019/2020 season.

The Ghanaian international was signed on a one-year loan deal at the beginning of the season to give Fortuna a boost in their defensive department.

After a slow start to life at the club, Kasim Nuhu gradually picked up and has been impressive in the German Bundesliga.

As the campaign approaches its conclusion, Fortuna Düsseldorf will wave the option to buy the center-back due to their financial situation.

According to Sporting Director Lutz Pfannenstiel it will be impossible to think of purchasing a player in the next window.

In an interview, he said, “At the moment it is incredibly difficult to tackle anything at all, because we do not even know how it will go on.

Fortuna Düsseldorf who continue to battle relegation in the Bundesliga will lose revenue by the time the season ends and will not be able to keep hold of five of their top players including Kasim.

Other players that could join the Black Stars asset to leave the club include Zack Steffen and "Zanka" Jürgensen.