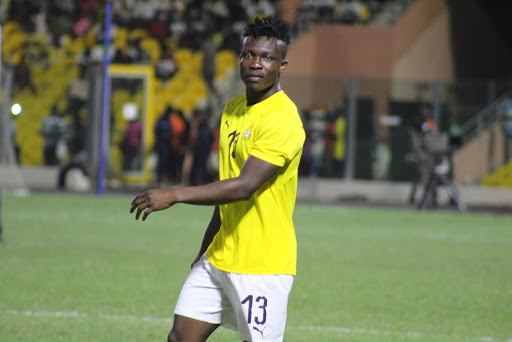 The 25-year-old centre back has been impressive since joining La Liga side, Celta Vigo.

According to Flick, the Bundesliga powerhouse will offer Aidoo an opportunity at Bayern Munich.

The German tactician made this known during a press conference ahead of Wednesday's UEFA Champions League quarter-finals fixture against PSG.

"There are a lot of players who would like to play at FC Bayern," he said.

"If he [Joseph Aidoo] has the appropriate disposition and quality, then I think he will be dealt with," Hansi Flick added.

Aidoo however, in his recent interview revealed that he has a childhood ambition of playing for the Bavarians in future as he wants to follows the steps of his mentor, Samuel Osei Kuffour.

“I chose Sammy Kuffour as my mentor because, for me, I think I will be playing for Bayern Munich in future and he has been there," the centre-back told Joy Sports.

"And that is why I am always looking up to him and he has made a good impact on the football world. When I was a kid, Bayern was the club that touched my heart and that is why I admire them.

“I do watch their [Bayern Munich] games and even sometimes I go to their website to watch some clips and stuff."

Aidoo has featured in twenty-two games for Celta Vigo in the ongoing season. Over the weekend he lasted 90 minutes as the Sky Blues defeated Deportivo Alaves on the road.

He joined the Spanish club on a five-year deal from Belgian top-flight league giants KRC Genk during the 2019 summer transfer window.

In his first season, the 2019-20 term, he made 32 league appearances involving 27 starts as The Sky Blues just avoided relegation.

Aidoo has capped eight times for the senior national team of Ghana and was a member of the 2019 squad that played in the Africa Cup of Nations [Afcon] in Egypt.