The Ghana Football Association has extended the transfer window deadline, this will allow football clubs to further strengthen their squads for the new football season.

According to the FA, the reason for the extension is that it is launching a FIFA Connect Registration System and TMS trial.

The pilot program will involve 18 men's clubs, 48 clubs in the three zones (mens), and 16 clubs from the women's premier league.

The 2021-22 Ghana Premier League will begin on October 29, with the other levels starting their league the following month.

Below is the GFA statement: 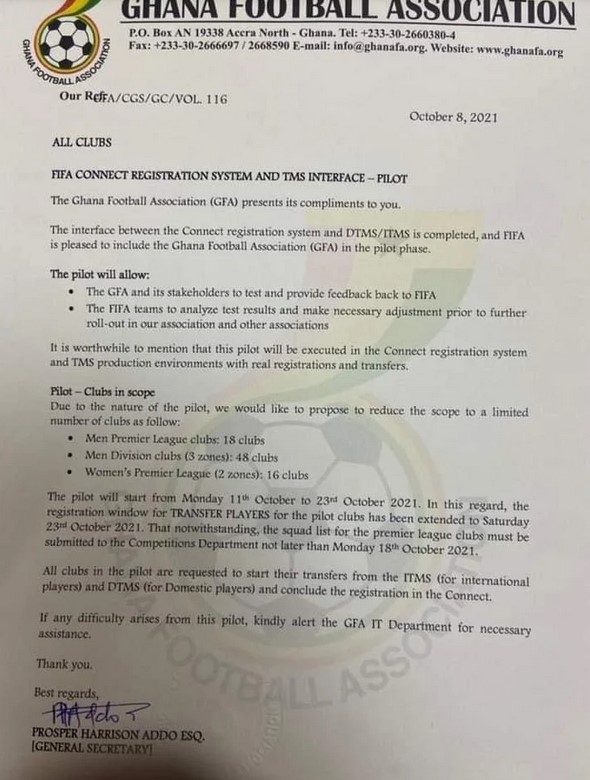