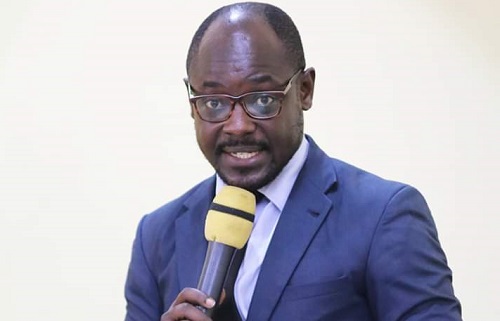 Phar Rangers owner Nana Yaw Amponsah in a debate hosted by Happy FM in partnership with GTV Sports Plus claimed the GFA must stop living extravagantly at the cost of the ailing clubs.

Ghana FA Communications Director, Henry Asante Twum, has replied to the comments made by Nana Yaw Amponsah. Asante Twum speaking to Fox FM a Kumasi based local station, he said

“The current administration of the Ghana Football Association has not bought any car. The past administration ordered for two land cruisers in 2017 from abroad. When the cars arrived, the administration was not in office because of the Anas Number 12 Expose. The cars got stuck at the port for a very long time,”

“After our takeover from the Normalisation Committee (NC), the taxes on the cars were close to ¢700,000 because it had stayed at the port for over a year. So the GFA was supposed to pay penalties for it. At a point, if we had not reacted quickly to it, the cars would have been auctioned. We tried our possible best to make contacts and did all we could to clear the cars. It is very unfortunate for some people to be saying our administration have been purchasing cars. The current GFA hasn’t bought any car,” he ended.