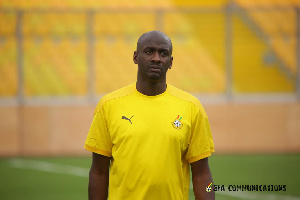 Ghana head coach Otto Addo has admitted that he has tough decisions to make after the Black Stars’ display at the 2022 FIFA World Cup tournament.

According to the gaffer, the tournament was good for his side and helped to make some corrections to his team.

“This tournament was good for us just to get some corrections and answers. There are a lot of tough decisions to be made.

“In the first match, you could see that we were tired it was a long flight and we had played two matches before. After Japan scored the third goal it broke us a little bit but in general, I will say I’m satisfied [and] I think we did well,” Coach Otto Addo said in the post-match of the Chile game.

The Ghana coach continued “This makes it difficult for me to choose the players for the next window [in September] and this will be the last window before the World Cup but any decision will be with me. We will decide which players come in or not.”