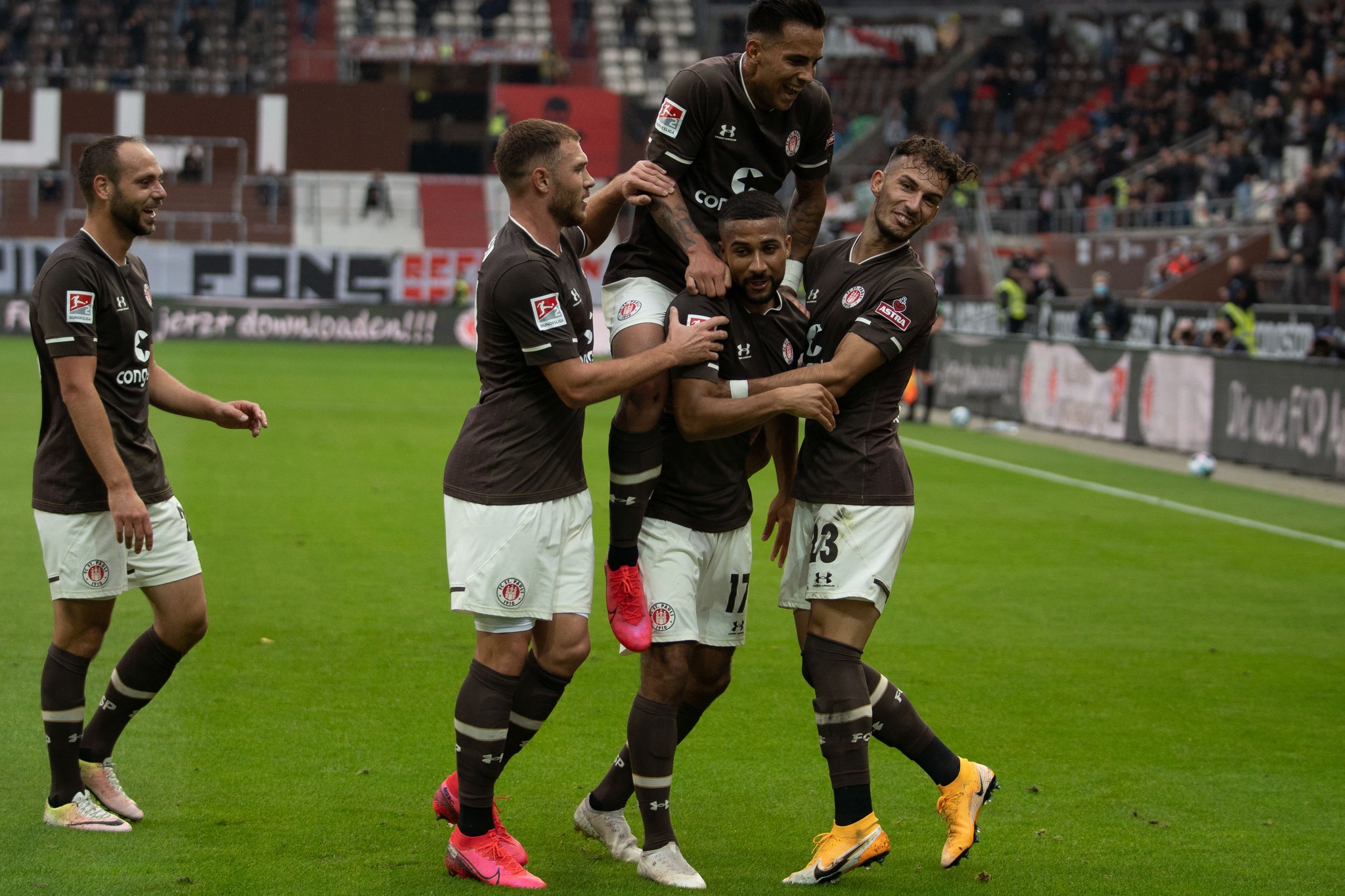 The striker has continued this season from where he left off at the end of the 2020/2021 campaign.

Every week when he is selected to play, he gives his best and is usually directly involved in the goals of his team.

Today in a home match for FC St. Pauli, Daniel-Kofi Kyereh started and glittered for 82 minutes against Hansa Rostock.

The Black Stars asset scored in the 18th minute to double the lead for his team at a time an equalizer from Jackson Irvine had already shot the hosts into a deserved lead.

Later in the second half, goals from Guido Burgstaller and Simon Makienok ensured that FC St. Pauli cruised to a big 4-0 win at the end of the 90 minutes.

With his goal today, Daniel-Kofi Kyereh now has three goals and seven assists to his name this season.