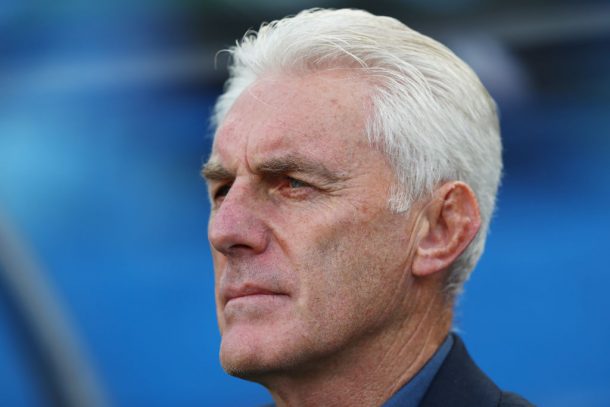 The two teams will compete in Group G of the African qualifying second round, with Ethiopia and Zimbabwe as their opponents.

The 69-year-old, was appointed South Africa's new coach earlier this week on a five-year contract.

"South Africa will prepare very well for the Black Stars and that is why they have gone for an experienced coach (in Broos)," Coach Sarpong told Happy FM.

“It will not be easy for the Black Stars but we have an advantage over them. I have the confidence in our coaches and they should be bold in their selections as well."

It will be their second meeting in six months, after a 1-1 draw in Johannesburg in the qualifiers for the upcoming Africa Cup of Nations in Cameroon.

Broos definitely knows how to beat the Black Stars, as he led Cameroon to a 2-0 semi-final victory in 2017 en route to winning the Afcon trophy.