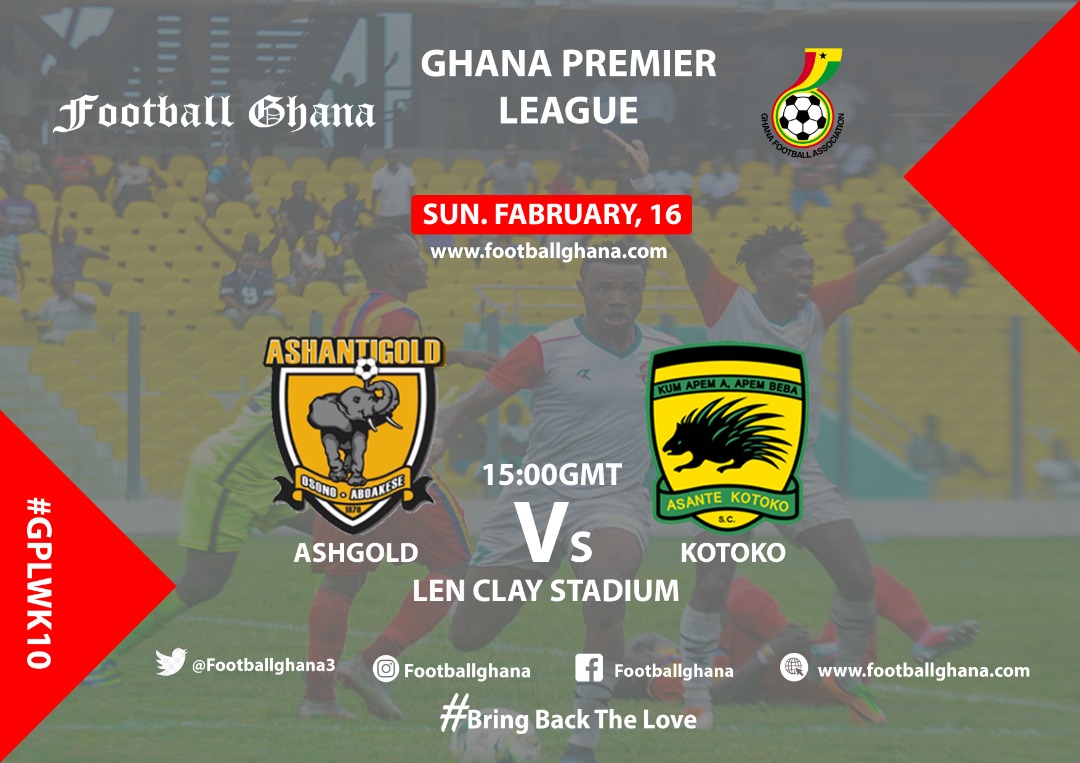 After clinching a 1-0 away victory on matchday 9, Asante Kotoko are in search of a consecutive triumph as they prepare for a regional derby clash with AshantiGold.

Asante Kotoko have been one of the best sides of the campaign so far. The Porcupine Warriors have the joint highest points in the league so far (17).

They have scored 10 goals in nine games, the third highest tally among the top half of the table and have conceded five in the same number of matches (0.55 goals conceded per game).

Maxwell Konadu’s men have been unbeaten in their last five games with six goals scored and just two conceded in that period and their 1-0 away win against Dreams showed that they are a team to fear.

The Kumasi-based side will hope to extend their run to six games as they host an AshantiGold side who have also been impressive so far.

They also boasts of the best defense in the competition having conceded just two goals after nine matches, just 0.22 goals per game.

Their attack is however a cause for concern as they have only found the net eight times during the period (0.88 goals per game), the joint worst tally among the top five sides.

The Obuasi-based side have only won one away game and will aim to get their second at the Baba Yara Sports Stadium on Sunday.