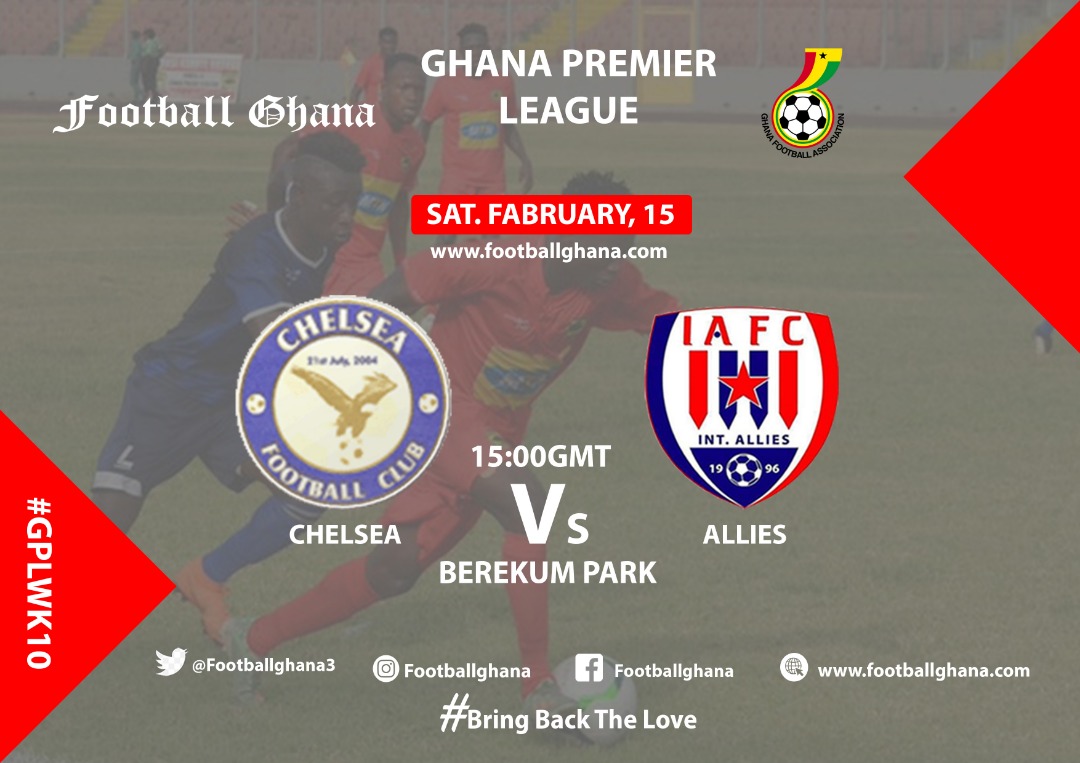 Berekum Chelsea fell to a defeat against Elmina Sharks and now seek to get back to winning ways as they face Inter Allies.

Berekum Chelsea are in search of redemption after their shocking 3-1 loss to Elmina Sharks on matchday 9. The Blues are however in the title race having amassed 17 points in the league, one of the five elite teams to achieve that tally.

Asare Bediako’s side have conceded six goals in nine games. That may be a good statistic but it is the joint worst number among the top six.

The team has also scored eight in the same number of games, a cause for worry. They are currently 5th on the log.

Chelsea will hope to get back to winning ways as they prepare for a showdown with the free scoring Inter Allies team.

Inter Allies have had a rocky start to the campaign. They have only amassed 11 points in nine games and sit on 11th place.

The Eleven is to one boys have found the net on 14 occasions, the highest in the league but have conceded two more, the second highest conceded in the competition.

Karim Zito’s side have the objective of causing an upset as they travel to Berekum to face Chelsea. In their last nine meetings, Berekum Chelsea have won three and so have Inter Allies (W3 D3 L3).