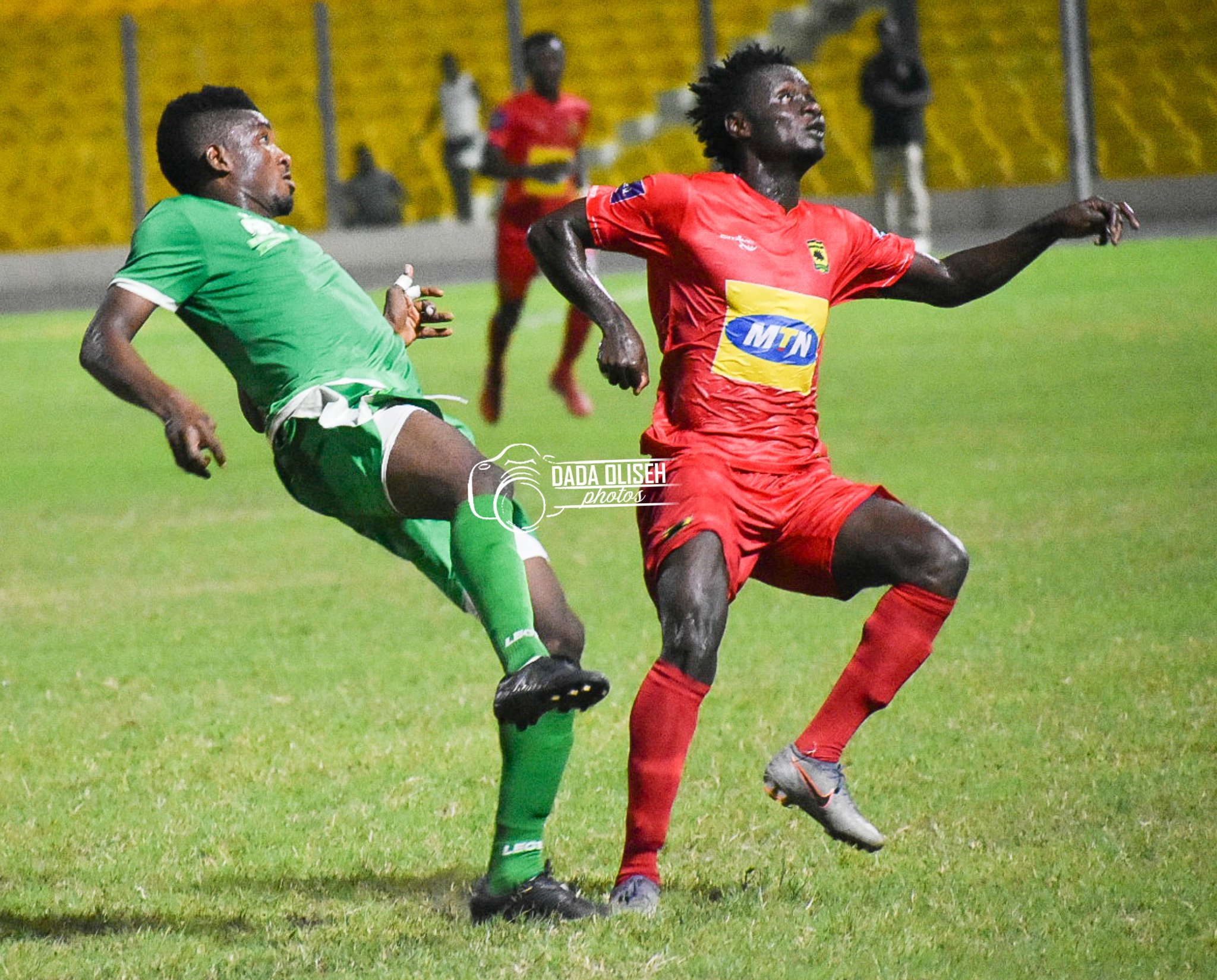 Asante Kotoko had to settle for a 0-0 draw in their clash against Elmina Sharks at the Accra Sports Stadium.

The match was not devoid of opportunities however. Kotoko got the biggest chance of the half when Augustine Okrah was given the ball deep in the box with the net at his mercy but he aimed his effort at the post.

Elmina Sharks got a chance of their own in the second half. Bernard Boateng was put through with the goalkeeper to beat but Kwame Baah proved that he was up to the task with a clearance.

Sogne Yacouba was given a run-out which pleased the fans in the end. The Burkinabe almost made an immediate impact with his shot but the Sharks goalkeeper pulled off a fantastic save.

Kotoko are 4th on the log with 25 points and Elmina Sharks are 5th with 22 points.