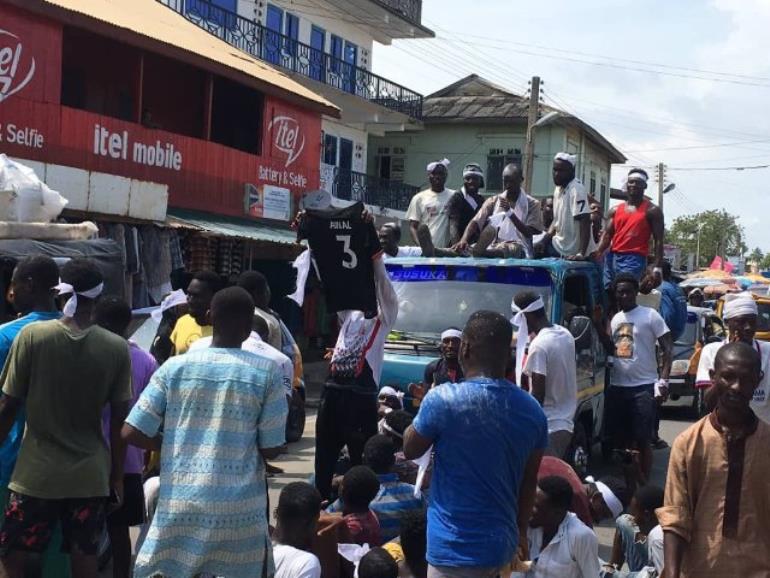 The 25-year-old who invaded the pitch during Black Stars Africa Cup of Nations (AFCON) qualifier match against South Africa has been granted bail.

Awal Sulemana, who is a nursing student was arrested by the police after he disrupted the AFCON qualifier match when ran across the Cape Coast stadium on Thursday night.

Upon his release from police cells, family and friends took him across town in a pick-up truck to celebrate. 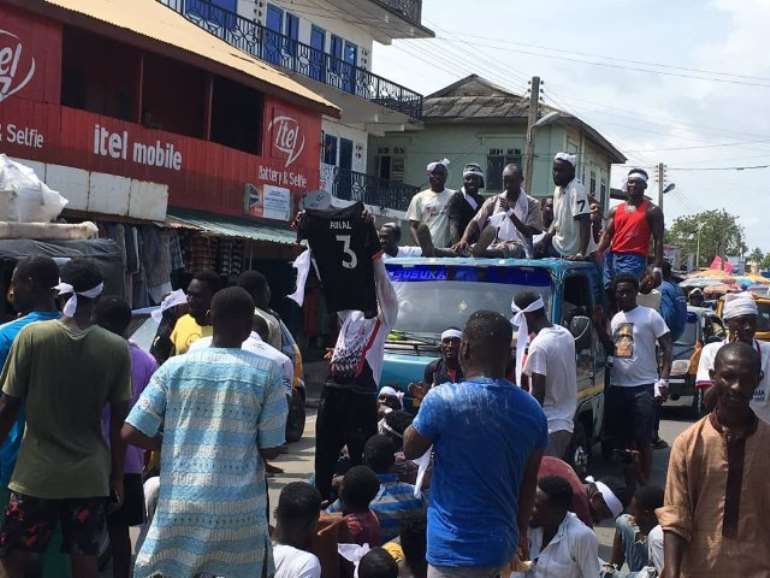 Popularly known as London, the student at the Nalerigu College of Nursing in the Northern Region had challenged his friends to a dare: if the Black Stars won 2-0, he would do something outrageous. 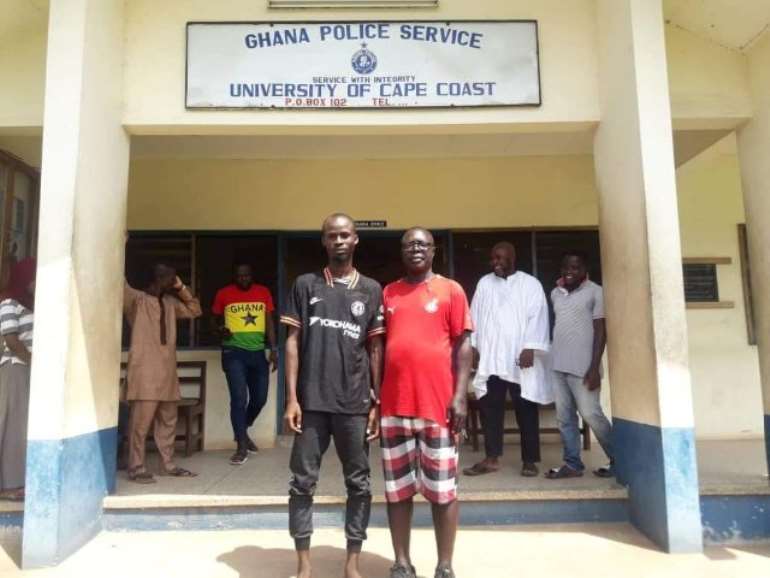 And he did, jumping onto the pitch and showing his running prowess, the former 400m athlete at the Apam Senior High School outrun Police and Fire Service officers giving him the chase. 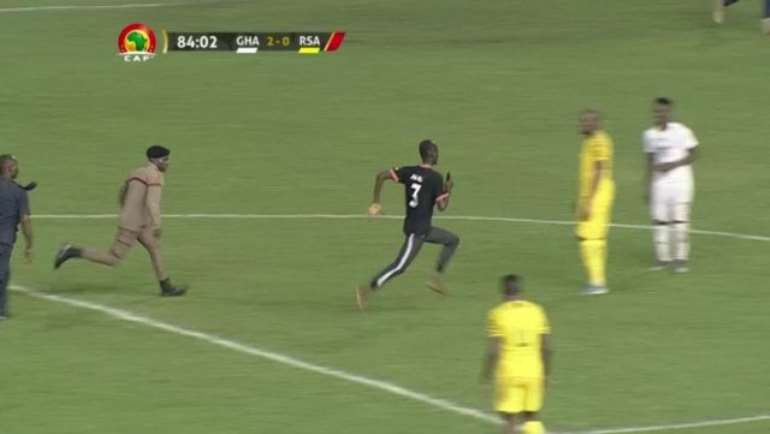 Awal running across the pitch during the match

He told Joy News that he missed opportunities to take a photograph with player Thomas Partey when the Black Stars team made stops through the Cape Coast township before the match.

“All I wanted was a selfie,” he said. Many Ghanaians including some footballers like Andre Ayew and Asamoah Gyan called the arrest of Awal unfair and pleaded with the police to release him. 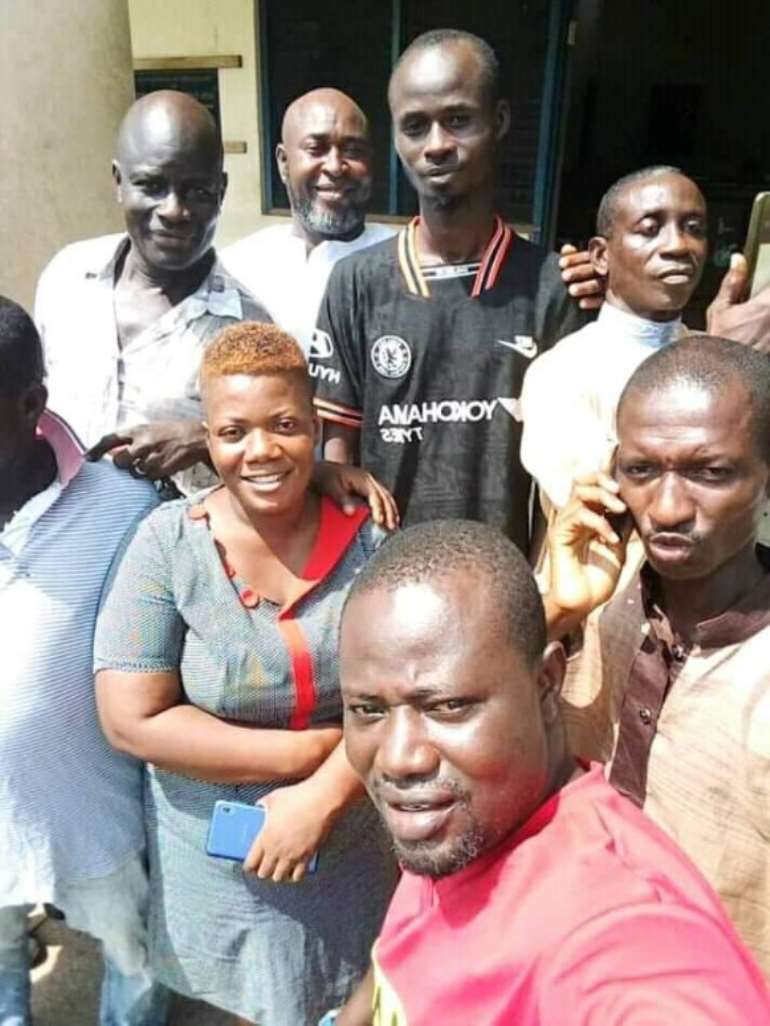 Awal with some family and friends