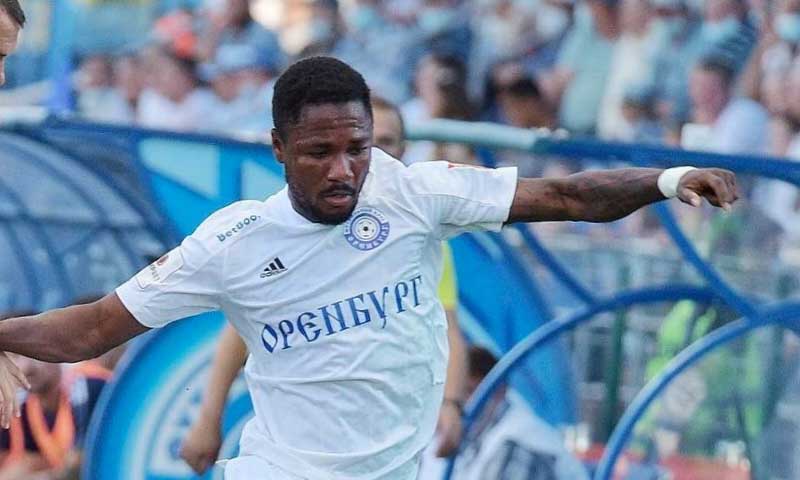 The 24-year-old put up an impressive display as he helped his side seal all three points at the Kristall Stadium.

Orenburg took an early courtesy of Vladimir Sychevoi's strike in the 8th minute of the game before Fameyeh doubled their lead for the visitors 13 minutes after the break with a fine strike.

Nikolai Prudnikov sealed the victory in the 86th minute as Orenburg cruised a comfortable victory.

The win takes Orenburg to the top of the league standings after 25 matches played so far.

Fameyeh has made 17 appearances and scored 10 goals for Orenburg in the Russian National Football League this term.