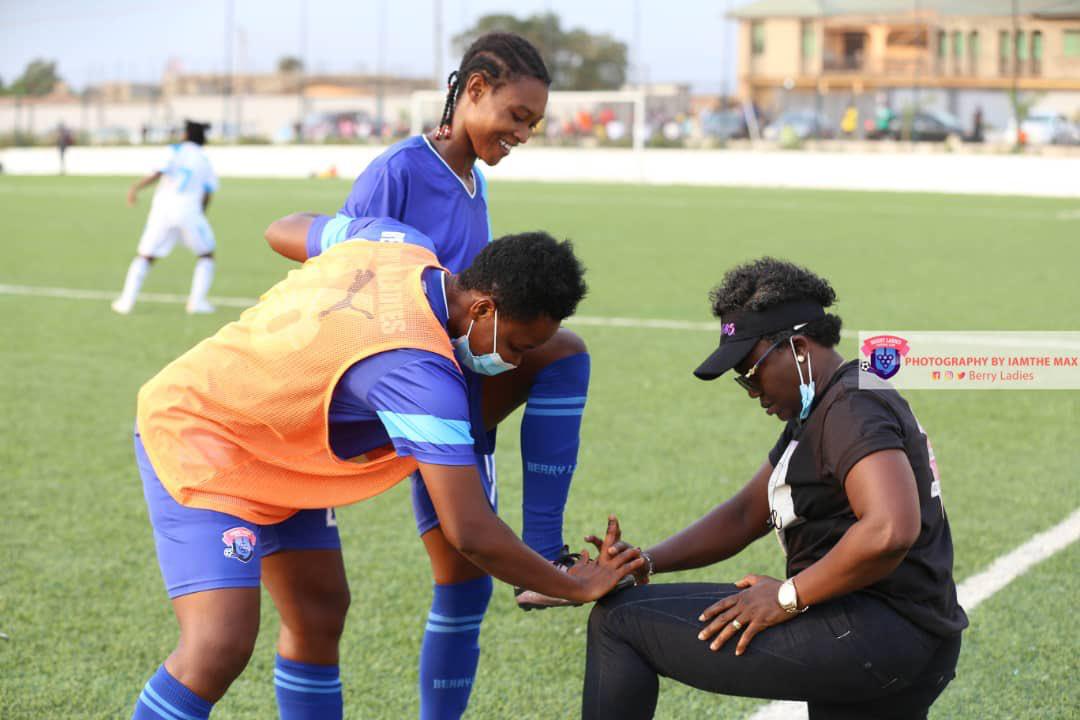 The 2020/21 Women’s Premier League enters match day two this weekend with all 16 teams geared up for action.

Immigrations Ladies’ 3-2 defeat to Berry Ladies in the opening day of the season exposed them but they showed character and displayed a diehard spirit as they nearly snatched a point from the host having twice come from behind at the Madina Zongo astro turf. The entire team was pushed to the limit, putting pressure on goalkeeper Patricia Mantey and her defense. The ‘’Doooo Ladies’’ also took off with a with 2-1 win against Ladystrikers in a keenly contested opening game. The last meeting between the two sides saw Hasaacas Ladies scoring 4 goals against Immigrations Ladies, making this fixture a free scoring tie. Faustina Kyereme will be expected to lead the lines for Immigration ladies. But Hasaacas Ladies have quality upfront and with the exploits of Milot Abena Pokua, Veronica Appiah and Doris Boaduwaa, they will start the game as favourites.

Soccer Intellectuals were the surprise package at the top half of the zone last season, not only winning matches but doing it in style. Match day 1 saw the team winning 3-1 against Sea Lions FC. Coach Ali Yakubu and his Soccer Intellectuals side have the luxury of playing at home and look poised to record their first win of the season. Mercy Tagoe Quarcoo wowed everyone present with her tactical prowess when substitute Eugenia Tetteh climbed off the bench to score two goals to win the day for coach Tagoe’s side. The last fixture between the two sides in the 2020/21 season ended in a draw.

Sea Lions Ladies came away from the Asassan Park empty handed on match day 1 and although they certainly had chances to at least earn a point, it was a frustrating afternoon in front of goal for them. This weekend, they have the opportunity of playing at home against Police Ladies at the Nduom sports complex in Elmina. The two teams drew 1-1 last season at the Ndoum Sports Stadium and that would inspire Police Ladies to fight extra harder in their quest to avoid defeat. Police Ladies made the headlines on Wednesday, as their dressed in prints showing the rich Ghanaian culture ahead of their match day one fixture. But could not translate into results as they were held 1-1 by Thunder Queens FC at the McDan park at La. The odds seem a bit stacked against Sea Lions Ladies although they are playing at home but the tie is without doubt, a close contest.

Thunder Queens showed class as underdogs as they played out a 1-1 draw against Police Ladies. Diana Weige scored for the Queens in the 42nd minute and held on for about 30 minutes before conceding a Juanita Aguadze equalizer in the 72nd minute. Ladystrikers on the other hand, had nothing to pick on match day one as they lost 2-1 to Hasaacas Ladies on match day one. If Coach Rashid Iddi can harness the attacking endeavor of Suzzy Dede Teye that was on show last weekend and nullify the defensive issues, the team could have a go against Thunder Queens FC in Accra. The last outing between both sides ended two goals apiece with a brace for Gifty Addai of Ladystrikers while captain, Leticia Adjei and Gifty Acheampong netted for Thunder Queens FC. 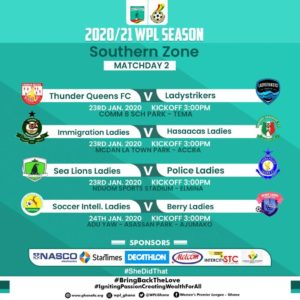