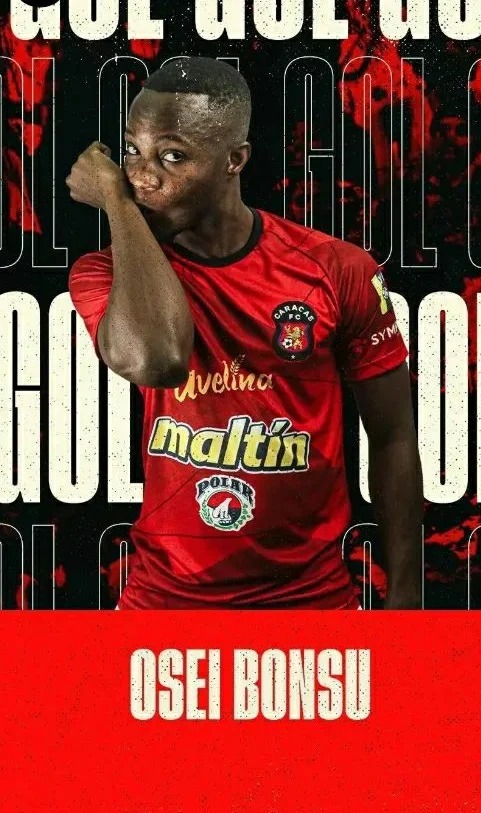 Ghanaian attacker, Kwaku Osei-Bonsu was on target for Caracas FC on Wednesday when the team defeated Estudiantes 4-1 in the Venezuela Championship round.

The forward on the matchday started for his team as they set up strong at home aiming for a win.

Following a bright start to the match, Kwaku Osei-Bonsu scored after just 8 minutes into the first half to shoot Caracas FC into the lead after he had been assisted by Samson Akinyoola

Going on to excel with his outstanding performance, the Ghanaian helped his team to score three more goals.

Samson Akinyoola, Edson Castillo, and Richard Celis netted the goals for the winners while Gregory Materán pulled a consolation for the visitors to make it 4-1 at the end of the game.

Ghana’s Kwaku Osei-Bonsu with his goal on Wednesday now has three goals and four assists to this name this season.