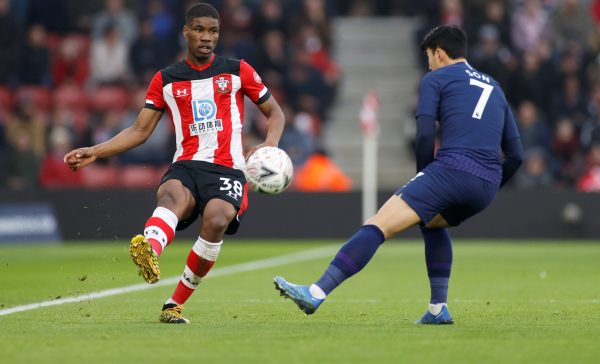 The 23-year-old joined the Saints on loan from Augsburg in August 2019, where he made only 10 appearances, which included a red card and a 9-0 defeat.

Danso's game-time was limited after he was sent off against Manchester United. He made just three more Premier League appearances.

"It is lonely because nobody knows exactly how you are feeling. People assume you aren’t working hard enough and it is a difficult time," he told The Athletic.

"I had never gone through something like that before and I had always played the majority of games. But it is where I learned the most about myself.

"I learned that you can never take a back seat, even if you are playing week in, week out. There are always people behind you working hard to get in front of you. All in all, it was a tough time mentally.

"But maybe that’s what I needed to kick on."

He added: "Anyone in football who says they don’t start doubting themselves when they go through tough spells would be lying."

"It is about getting out of that downward spiral and giving yourself that confidence whenever you do something well in training. You have to give yourself a pat on the back sometimes because the people around you aren’t necessarily going to do it.

"That’s where you need to build that strength and come out of the tough times."