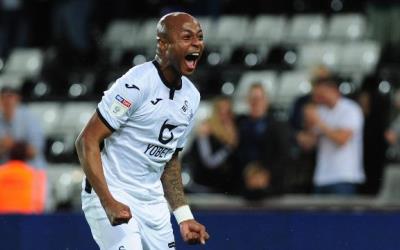 Who were the continent’s top 10 stars in world football during the month of June?

The Congolese forward has been under pressure from the fans to perform, and he answered the critics on the pitch with three goals in as many matches.

He came off the bench to score a brace against Namungo to help Wananchi get a draw and appears to have got his mojo back.

The Senegal centre-back registered one of the finest performances by any African player in June when he contributed a goal and an assist as Gaziantep held Turkish giants Galatasaray 3-3 away from home in the Super Lig.

Defensively, it wasn’t an excellent performance, but the defender demonstrated his ability to make a difference in the final third, and he’s been a key performer as Gaziantep sit in the top half of the table.

Manula has been a trusted goalkeeper for Sven Vandenbroeck during Simba SC’s title-winning campaign, and the Tanzanian stopper has repaid the coach's trust with some good performances.

In four matches during June, Manula kept clean sheets in all but one.

In those ties, the 24-year old recorded three clean sheets and conceded only once, during the 1-1 draw against Ruvu Shooting.

He kept strikers from Mwadui FC, Mbeya City and Tanzania Prisons at bay in consecutive matches, and has been a key reason why Simba have got their hands on a third consecutive title.

The Super Falcons midfielder has been a standout for Eskilstuna United this season, having helped the Swedish side to a fourth-place finish last term—in her first campaign since arrival from Asarums early 2019.

Over the last four matches, she has won three Player of the Match awards for her influential showings and has been out of the Damallsvenskan’s most impressive players during June.

Excellent in the two matches he played in June, Mane was unfortunate not to make the breakthrough in the 0-0 derby draw with Everton, and then struck as Crystal Palace were routed 4-0.

He ended the month as a confirmed Premier League champion after Manchester City were defeated by Chelsea last week.

The Burkina Faso striker only arrived in Belarus during the winter, before the world went into lockdown, and has since established herself in Maleyew Yury's Dinamo-BSUPC team, scoring nine goals in nine outings.

Four of the 33-year-old’s goals, along with three assists, came from four matches in June.

Like his brother in the Premier League, Andre has returned to action in top form and marked Swansea City’s comeback with a goal and an assist in the 3-0 victory over Middlesbrough on June 20.

He followed that up with an excellent display as the Swans took a point away at Millwall, and they remain in the hunt for promotion from the Championship.

The Nigeria striker has continued where she left off last season with Minsk as she maintained her fine scoring run.

The red-hot forward has maintained her class in June, netting seven goals, and bagging at least a  hat-trick in each of the three matches she played in.

The 30-year-old has notched 16 goals in eight matches to open a six-goal gap at the top of the scoring charts in Belarus.

Even before he opened his Arsenal account with a goal against Wolverampton Wanderers in early July, Saka had also proved himself to be a rare ray of light during a testing time for the Gunners.

Admittedly, the 3-0 defeat by Manchester City was a struggle, but he followed that up with yet another assist against Brighton & Hove Albion and encouraging performances against Southampton and Sheffield United.

Saka’s versatility is proving to be a key asset for Mikel Arteta’s side.

The Ghana midfielder has returned to form in style following the coronavirus-enforced suspension and maybe playing his way back into the attentions of clubs from Europe’s big five leagues.

He scored twice in three appearances in June, including netting in the defeat by Fenerbahce and the 2-0 victory away at Sivasspor.

Kayserispor remain in the dropzone, but with Mensah performing as he is, they have hope of pulling clear.