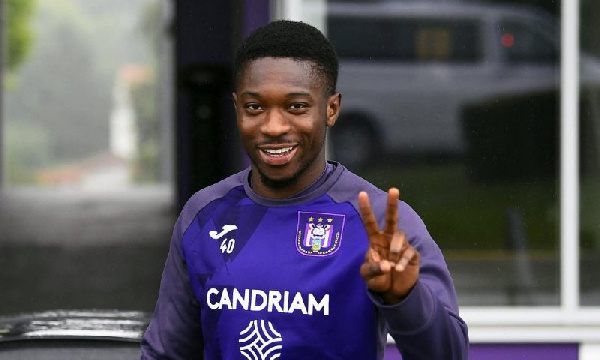 Ghanaian international, Francis Amuzu is in line to make an injury return to feature for RSC Anderlecht this weekend.

The forward suffered a muscle injury in the game against KV Courtrai before the international break.

During the period of the international break, Francis Amuzu made progress in the treatment room and has this week trained with his teammates.

Insiders at RSC Anderlecht have reported that he is already looking good and will be included in the matchday squad of the team for this weekend’s match in the Belgian Jupiler Pro League after assessment at the end of training on Saturday.

His return from injury is a major squad boost for RSC Anderlecht as the team will be gunning for a win this weekend.

The game between RSC Anderlecht and Sporting Charleroi will be played on Sunday, October 2.