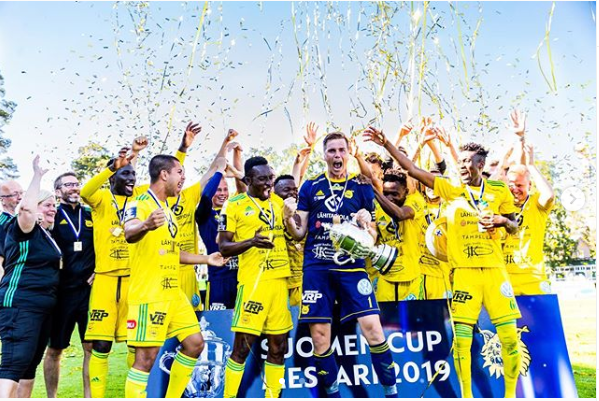 The duo lasted the entire duration of the game at the Wirklof Holding Arena.

Former Inter Allies star Baba Mensah was a rock in the central defence with Addy operating upfront in the more offensive left role.

Finish attacker Matias Ojala opened the scoring in the 33rd minute from the penalty spot after defender Baba Mensah had fouled him.

Ilves dominated the game and just a minute before the break, the Ipa’s doubled the lead through Tatu Miettus.

The Yellow and Grens with the two-game advantage controlled and dominated the second half in front of 4000 fans.

24-year-old Mensah and Addy are former Ghana U-20 players with the latter winning the FIFA U-20 World Cup in 2009.