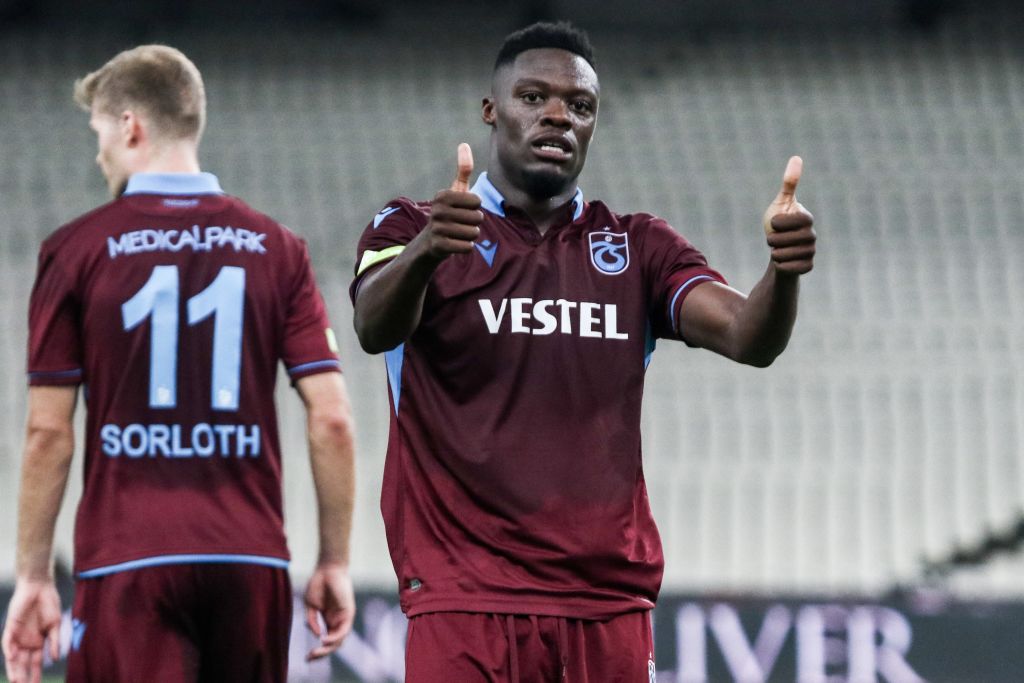 Ghana international forward Caleb Ekuban provided an assist in Trabzonspor's 2-2 away draw with Besiktas in the Turkish Super Lig on Saturday.

The 25-year-old climbed off the bench to help his side secure a vital point at the Vodafone Park in match week 22 of the on-going league campaign.

Trabzonspr took an early in the 5th minute of the game through on-loan Crystal Palace striker Sørloth Alexander.

Ekuban was introduced into the game in the 66th minute to replace Erdogan Dogan as they went in search of the eqauliser.

His addition to the team proved crucial in the dying minutes of the encounter as he assisted Alexander Sørloth for his second of the afternoon as both sides shared the spoils.

The result leaves them at the summit of the league table with 45 points, same points as second place Sivasspor but have a game in hand.

The Ghanaian has endured several injury setbacks since the 2019/20 league season started but is hopeful of staying fit for the remainder of the campaign.

He has made 11 appearances, scored one goal and provided on assist in the process.