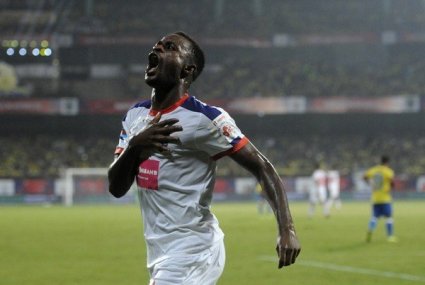 Ghanaian striker Richard Gadze scored for Zira FK as they drew 1-1 Qarabag FK in the Azerbaijan Premier League on Sunday.

The 25-year-old helped rescue a vital point for his side in their match day 1 fixture at the Azersun Arena.

The former Ebusua Dwarfs  striker scored in the 70th minute to secure a point for Zira who put an incredible performance on the day.

Magaye Gueye gave the leaders, Qarabag FK an early lead in the 5th minute of the game.

Gadze’s second half goal gave the away team a deserving point against the Europa League outfit.