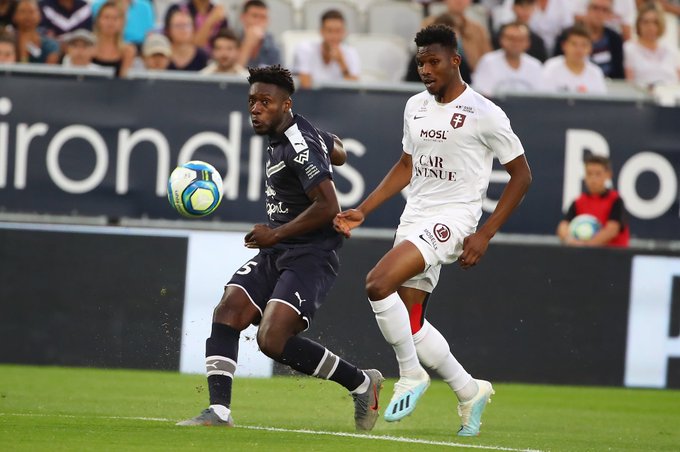 The 22-year-old lasted the entire duration of the game as the Navy Blue and Whites sealed a convincing victory against John Boye's FC Metz.

After the game, the former FC Nante right-back took to Twitter to express his happiness after helping his side win and also keep a clean sheet.

"3 points, Work continues, Go Bordeaux, Thank you all," he posted on Twitter after the game.

Bordeaux took an early courtesy Jimmy Briand strike in the 7th minute of the game and two minutes later Nicolas de Preville doubled their lead to seal all three points in their matchday five fixture.

Bordeaux are currently on a run of four games without defeat with Kwateng playing a key role so far.

Presently, Bordeaux are 9th on the league table with eight points and will be hosting Brest at Nouveau Stade de Bordeaux on Saturday in their next Ligue 1 fixture.