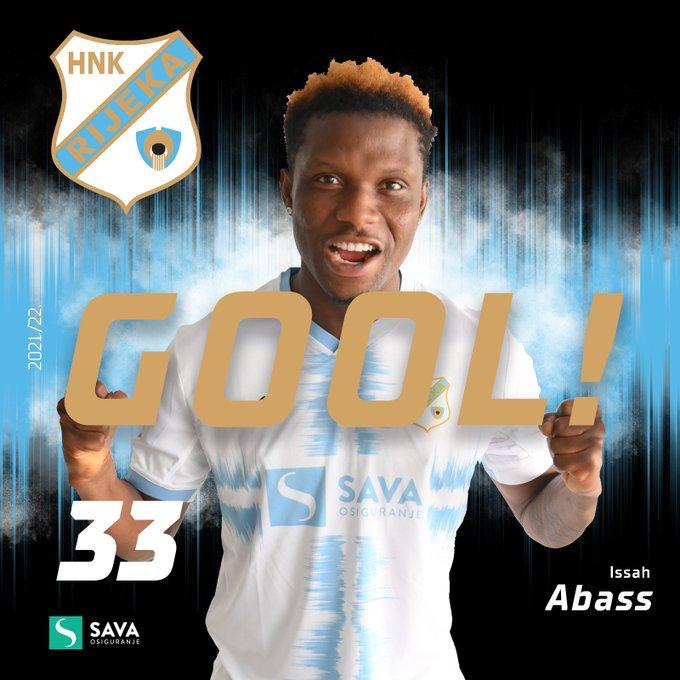 Ghanaian international, Issah Abass netted a brace for NK Rijeka on Sunday evening to help the team earn a draw away at Dinamo Zagreb.

The exciting forward and his teammates today played as visitors to the Croatian League Champions in a matchday 3 encounter of the recently started 2021/2022 football season.

In a thrilling contest that produced six goals, Issah Abass was responsible for two. On the matchday, the on-loan attacker scored in the 23rd and 38th minutes respectively.

While Josip Drmic netted the third goal from NK Rijeka, goals from Dino Peric, Lovro Majer, and Mislav Orsic saw Dinamo Zagreb restoring parity to force the game to end in a stalemate.

Today’s game was the second league appearance for Issah Abass. He was signed this summer by the Croatian giants and is expected to have a big role to play in the team’s attack this season.