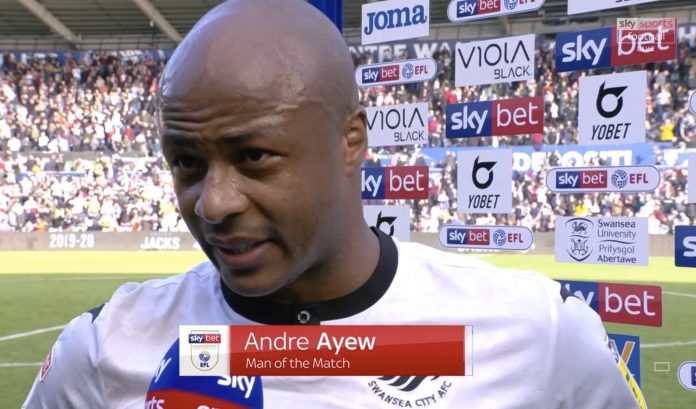 Black Stars captain Andre Ayew was voted Man of the Match in Swansea City's 1-0 win over Cardiff City in the English Championship on Sunday afternoon.

The 29-year-old won the Skybet Championship player of the game with an impressive display as the Swans seal a slim victory over last season Premier League side.

Ayew was deployed as the main striker by manager Steve Cooper in the keenly contested game at Liberty Stadium.

Wayne Routledge assisted Ben Wilmot in the 24th minute to score the only goal of the game to hand the home side all three points.

He lasted the entire duration of the game as Swansea recorded their first league win in four games.

The win lifted Swansea to fourth in the Championship, with Cardiff 14th and seven points behind their arch rivals.