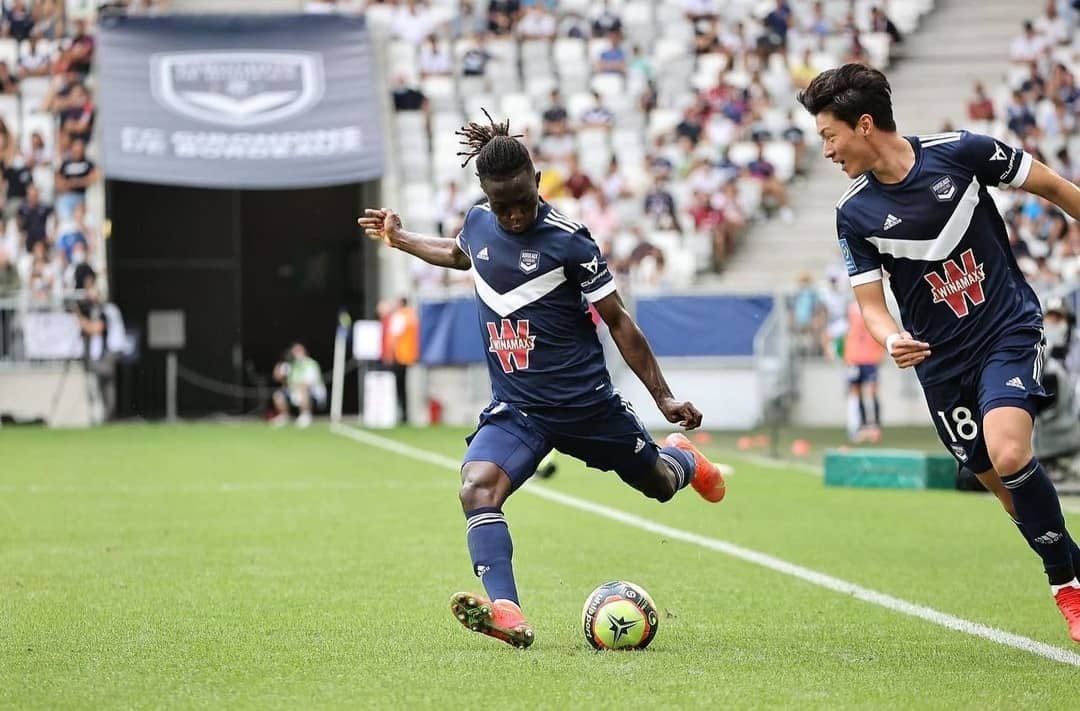 Ghana international, Gideon Mensah is in line to start for his FC Girondins de Bordeaux outfit on Wednesday, December 1, 2021, when the team takes on Racing Strasbourg.

The left-back recovered from an injury after the international break this month but is yet to reclaim a starting role in the team.

Due to several injuries in the Bordeaux team, French journo Julien Bée reports that Gideon Mensah could start for the team against Racing Strasbourg tomorrow.

“One of the puzzles at the start of the season is Gideon Mensah! The Ghanaian never really had his chance in this team. Many reasons; the first is surely the adaptation to the group then its distant journeys with its selection or the system of play used by the trainer who prefers it in piston than lateral. So I don't know about you, but I would like us to give him a chance over a whole match, because I have the impression that this boy can help us,” Julien Bée said in a preview of the game.

Tomorrow’s encounter between Racing Strasbourg and FC Girondins de Bordeaux will kick off at 18:00GMT.