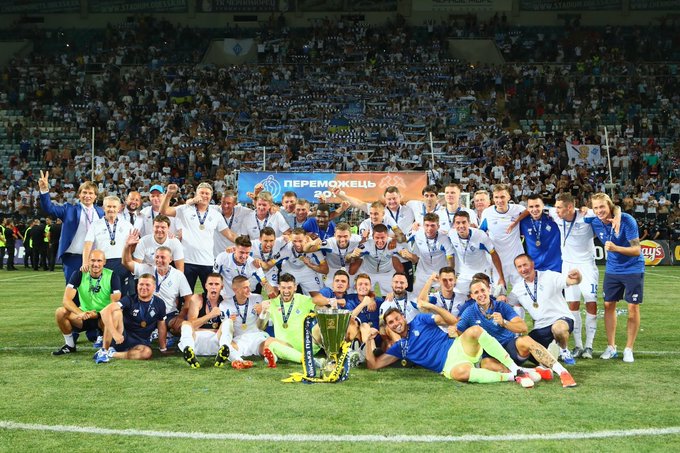 Ghanaian international, Kadri Mohammed has won his first silverware with Dynamo Kyiv following the side’s 2-1 win over Shakhtar Donetsk to lift the Super Cup in Ukraine.

The two rivals played the first match of the season in Ukraine to pave way for the start of the 2019/2020 League season.

In a pulsating encounter between the rivals at the Stadion Chornomorets in Odessa on Sunday, it was the previous winners who pipped Shakhtar Donetsk to ensure they clinched the coveted trophy.

Though Kadri Mohammed was an unused substitute for the side, he has won a medal for himself and will be hoping to enjoy more success with the side at the end of the regular season.

The Ghanaian joined Kyiv this summer following an impressive loan stint with Arsenal Tula in the Russian top-flight last season.

The 23-year-old midfielder is expected to play a key role for the side when the season kicks off next weekend.