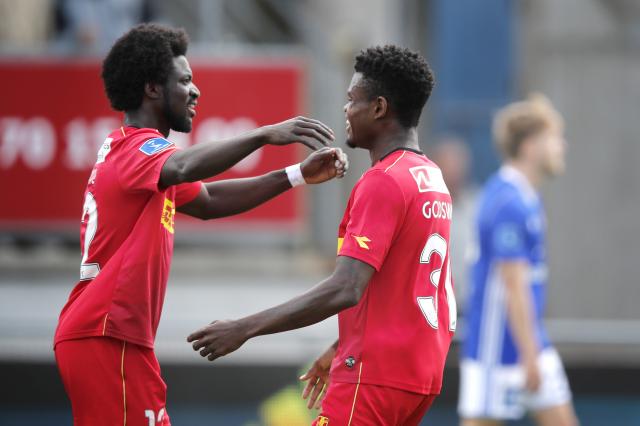 Ghana's Godsway Donyoh has been advised to look around for a new club following his poor form with Right to Dream Park in January.

The attacker was a big profile in FC Nordsjælland as late as last season. However, that picture has changed quite significantly this season, with the Ghanaian having difficulty getting playing time.

Now, this seems to have opened up for a shift in January's transfer window. The head coach of FC North Zealand has confirmed that the Farum club is ready to let Donyoh pursue his career elsewhere.

Money doesn't matter to Godsway. We are dealing with a player who has served his military service in FC North Zealand, and if he wants to leave for January, then we will help as best we can, says Flemming Pedersen.

25-year-old has featured in 81 games netting 25 goals in the FC North Zealand jersey he has worn since January 2016.