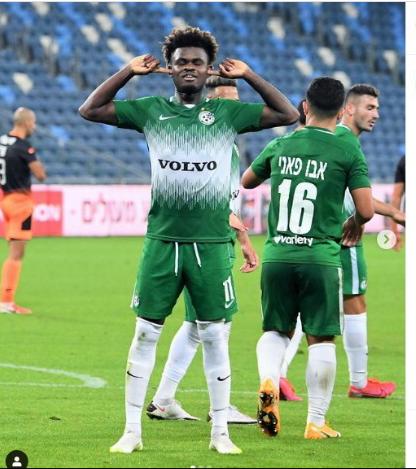 Israeli side Maccabi Haifa coach Barak Bakhar has been full of praise for Ghanaian forward Godsway Donyoh after netting the winner in a cup game against Hapoel Umm al-Fahm.

In the 90th minute, Donyoh stole the show with his goal.

"Donyoh was another player on the squad and when he got the chance he proved he had a lot to contribute," said the coach.

"There is no doubt that he is an excellent striker," he added.

Donyoh has scored three goals in 14 league games this season.