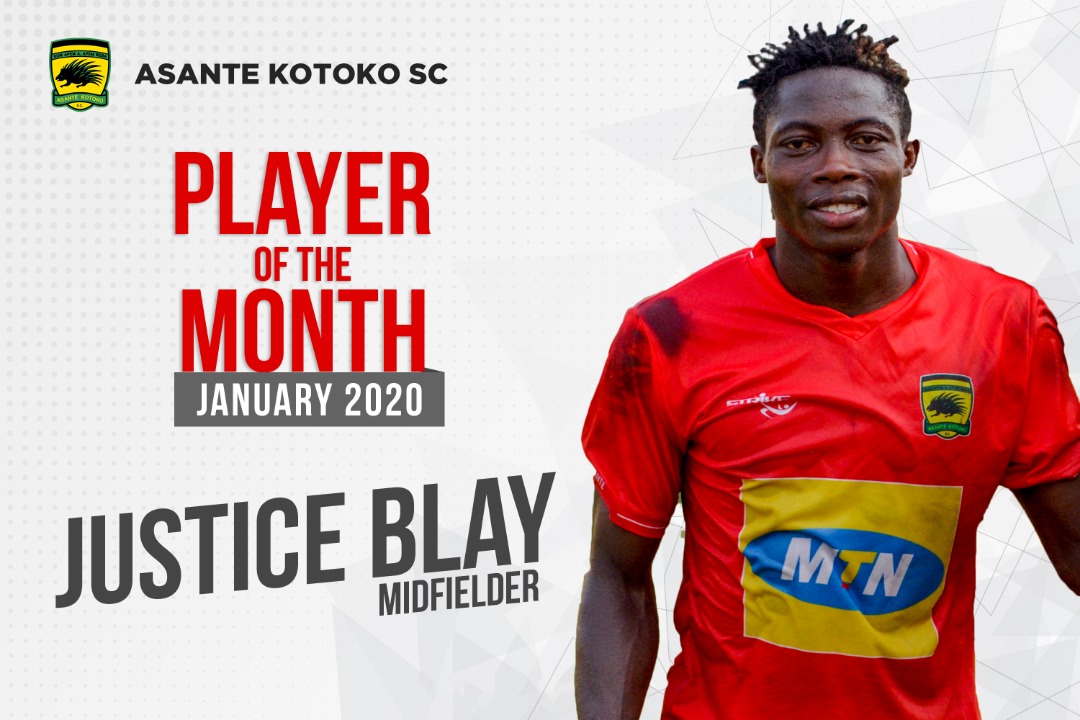 Kumasi Asante Kotoko midfielder Justice Blay has been named as the club's 'Player of the Month' for January on the back of his phenomenal performance in the ongoing Ghana Premier League season.

The hardworking midfielder has played in all 9 matches for the Porcupine Warriors this season. On every single outing, he has put in much effort and is currently one of the team's best players in the division.

On matchday 1 of the Ghana Premier League season, Justice Blay put up a stellar performance that he complemented with a goal to ensure the Reds emerged as 1-0 winners against Techiman Eleven Wonders at the Baba Yara Sports Stadium.

His best game so far was the Super Clash between Hearts of Oak and Asante Kotoko at the Accra Sports Stadium on Match Week 6 of the campaign. In that match, he scored with a header to open the scoring for his side as they eventually cruised to a 2-1 win.

At the end of January, Blay found himself amongst the top 3 players shortlisted for the Asante Kotoko player of the month award. He has won the accolade with 60% of the total vote cast, beating Christopher Nettey [33%] and Emmanuel Gyamfi [7%].

It is understood that he will receive a handsome cash prize from the club in recognition of his efforts.