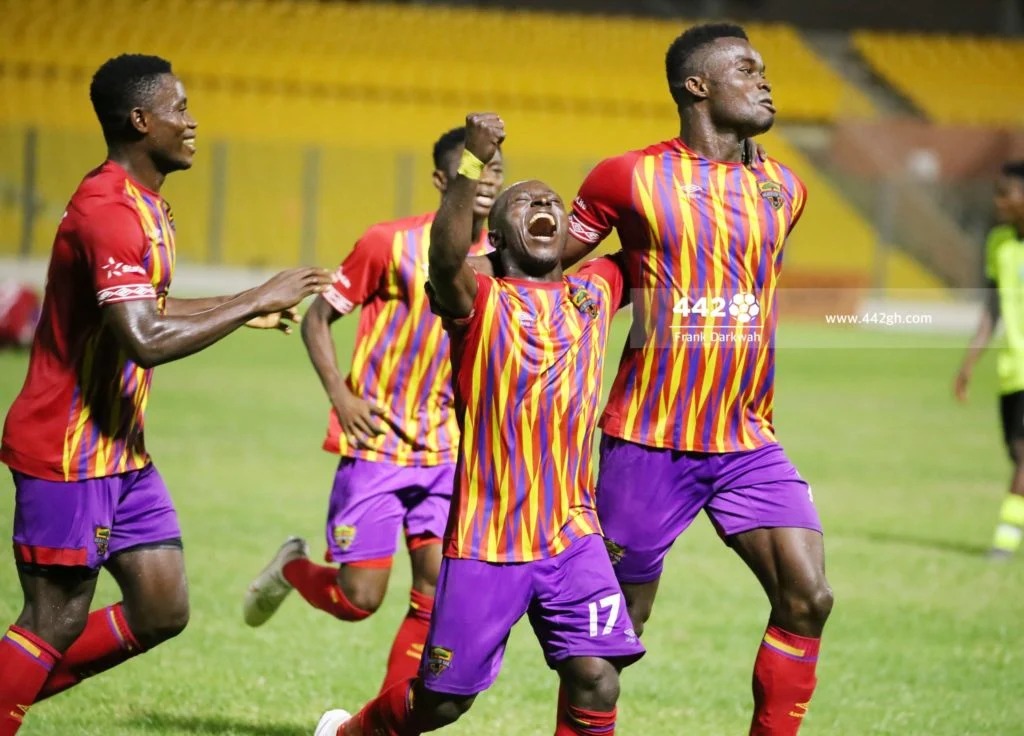 Hearts of Oak on Sunday defeated Inter Allies by a lone goal to nil to climb into the top four of the Ghana Premier League standings.

The Phobians last weekend suffered a narrow 1-0 defeat at the hands of Ashanti Gold SC at the Obuasi Len Clay Sports Stadium.

That setback saw the Phobians drop out of the top four as their chances of winning the 2020/2021 Ghana Premier League title suffered a setback.

Hearts of Oak returned to action on matchday 20 when the team hosted Inter Allies at the Accra Sports Stadium.

Putting in a good shift in the first half, the home team had the lead after 26 minutes of play when defender Paul Abagna put the ball in his own net while under pressure from the lurking Daniel Afriyie Barnieh.

Despite the pulsating end to the match, there were no other goals as Hearts of Oak held on to win 1-0 at the end of the game.

The Phobians as a result climb to the fourth position on the league table with Inter Allies rooted to the bottom of the standings.

Watch the full of the game below: