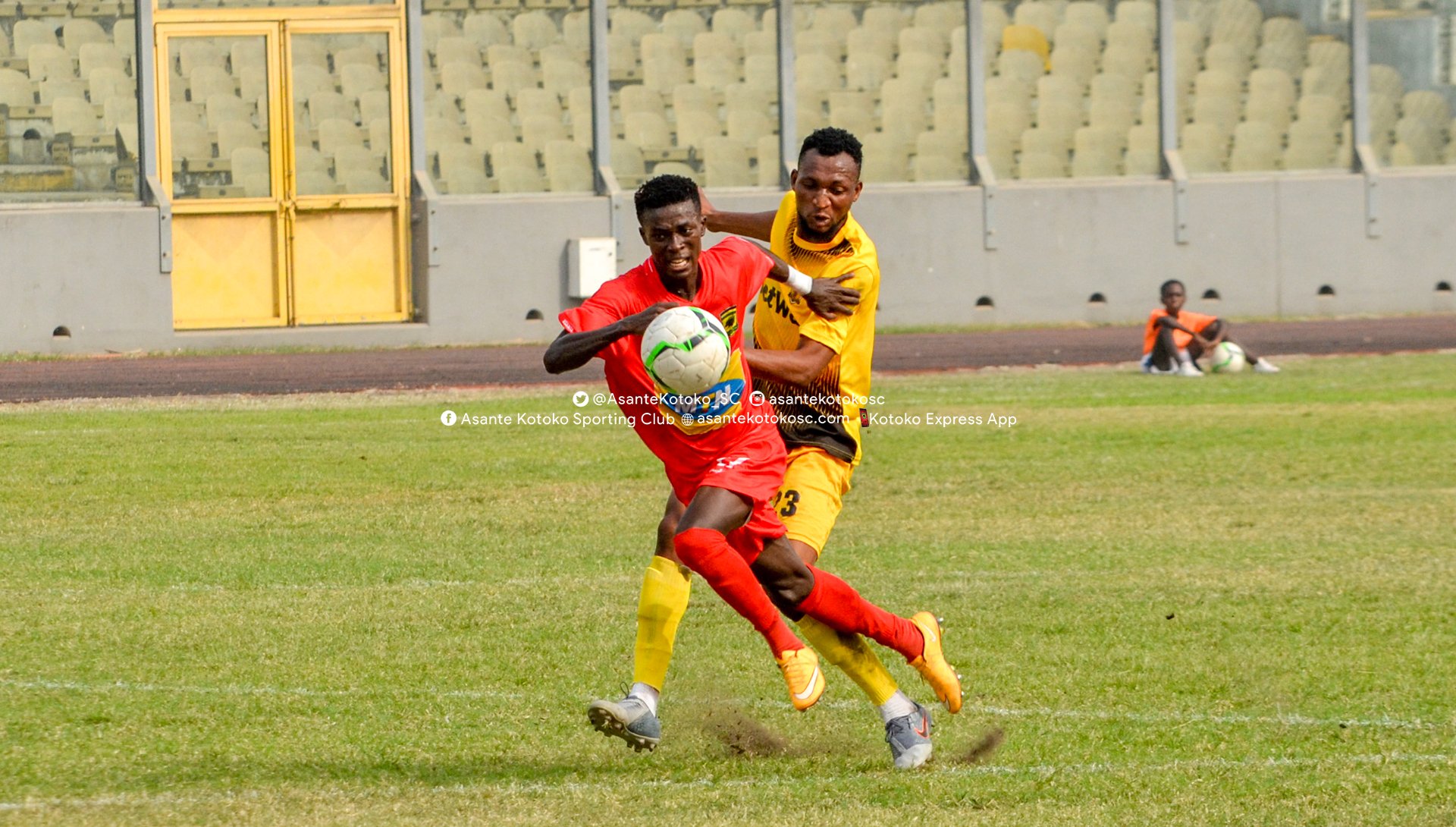 Accra Hearts of Oak secured a 3-2 home win over Bechem United at the Accra Sports Stadium in GPL Matchday 10.

Nii Odoom continues to show why Hearts must keep him as substantive head coach after masterminding the a late victory for the Phobians.

Prince Adu Kwabena put the visitors a goal up in the 29th minute which was quickly cancelled by Kofi Kodzi in the 32nd minute with both teams scoring from the penalty kicks to end the first half in a 1-1 draw.

In the second half, captain Fataw Mohammed gave Hearts the lead with a goal in the 64th minute, his first of the season to make it 2-1 for the home side but the Hunters responded with an equaliser in the 79th minute. Kofi Kodzi scored a late winner to make it 3-2.

The match of the weekend ended in shocking goalless draw as both teams were eyeing for the top spot of the GPL table after week 10.

The Miners fought hard to earn a point against the Porcupine Warriors in their last closedoors game at the Baba Yara Stadium in Kumasi. The two sides had goal opportunities to score but failed to utilise the chances that came their way. Both teams are joint leaders of the Ghana Premier league with 18 points each.

Medeama scored early through Prince Opoku Agyemang in the 11th minute before Mustapha Alhaji equalized in 24th minute of the match. The Sharks again added another to make it 1-2 in the dying minutes by Bernard Boateng.

Ebusua Dwarfs defeated Karela United  2-1 at the Cape Coast stadium, the visitors scored the first goal through Saddick Alhassan in the 30th minute before Seidu Abubakar equalised in 69 mins and Ishmael Antwi made it 2-1 in 76th minute to get a home victory for the Abontoabontoa boys.

Aduana Stars travelled to Accra to play Liberty Professionals after Ghana FA restored their licence at Dansoman Carl Reindorf Park. The home side were a goal down after 13th minutes of play when Yahaya scored from a header. Seven minutes after the restart, Alhassan Mubarak equalised for the home side before Aduana doubled the lead in the 25th minute after Yahaya Mohammed scored his brace. Just in three minutes Elvis Kyei Baffour pulled  the equalizer for the home side in the 28th minute through a penalty kick. In the second half Alhassan Mubarak added his second to make it 3-2 for liberty.  Abass Nuhu worsen the Ogya boys woes to make it 4-2 in 70th minute before Elvis Kyei Baffour added his second in the 90mins+ to end the game 5-2.

WAFA were held in a goalless draw by Dreams FC who lost their last game to Kotoko at Dawu.

Inter Allies stunned Berekum Chelsea 3-1 at Golden City Park in Berekum, Victorien Adebayor scored twice to bring his goal tally up to 10 goals. Samuel Armah doubled the lead for the away team before the Bibires had a consolation through Augustine Henneh.

Eleven Wonders won 2-1 against King Faisal on Friday, Sure Wonders hosted the In Sha Allah boys who are winless in the GPL at the Nana Ameyaw Park in Techiman. Osman Ibrahim scored  the first goal for the visitors via deflection in the 3rd minute before it was cancelled in the first half by Abu Musah Sule, in the second half Samuel Boakye unleashed an amazing wonder volley to make it 2-1