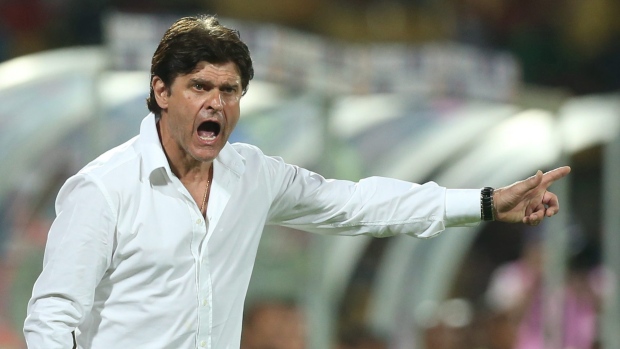 Guinea coach Didier Six has questioned the Fifa rule that allows clubs to not release players because of the coronavirus ahead of his team's double header against Chad in the 2021 Africa Cup of Nations qualifiers.

In August, the world governing body relaxed the rules on the release of players for the first time "in light of the recent evolution of the coronavirus pandemic".

Clubs are no longer required to release their players to represent their national teams if it would involve a mandatory period of self-isolation of five days or more on arrival or return from international duty.

"I would have liked that when we send the call-ups to the clubs Fifa gave the clubs 24 to 48 hours to reply.

"Fifa asks us to submit the list of 23 players who are going to participate fifteen days in advance. Put yourself in the place of a coach who doesn't know until the last minute if his players will come or not."

For the qualifiers against Chad, Six selected players who ply their trade on three continents and in sixteen different countries, including Norway, Azerbaijan, Russia and Thailand.

The Frenchman, who succeeded Belgium's Paul Put in 2019 at the helm of the Syli Nationale, says however that he has found most clubs to be cooperative.

"The clubs are playing ball, but the position to give the clubs the possibility to not release the players - that is not in the rules that coaches would like to see, but they are there. We can't do anything about it," Six explained.

"Fifa needs to consult coaches more when it comes to Africa. My players played on the seventh, eighth and ninth and we have our match on the 11th (of November) against Chad.

"It would have been far more reasonable - because the international window goes until the 17th - to leave the players more time to travel and to leave the coaches time to work. Above all, we lost a year."

In November 2019, Guinea drew with Mali 2-2 and defeated Namibia 2-0 in their first two matches in the African Cup of Nations qualifiers before international football went into shutdown in March because of the coronavirus pandemic.

The virus has truncated the entire football calendar in 2020, but touched Six and his team in more ways than one.

Six says he contracted the virus in February and at a camp last month in Portugal Naby Kéita, François Kamano, Aly Camara, Florentin Pogba and Ibrahima Kone all tested positive for Covid-19, leading to the cancelation of a friendly against The Gambia.

"I contracted Covid - it was hard. I went almost three months without seeing my family." explains Six.

"I was at three destinations - Egypt to go to the draw for the World Cup. From Egypt I went to Rome and from Rome I went to Paris and Paris I went to Barcelona. So I went to three or four important hubs where there was Covid.

"That happened in February when there was no quarantine yet. There was tiredness.

"I had two days of fever that resembled malaria, but I followed the procedure of professor Raul to care for myself. There were no tests at that time."

On Wednesday, Guinea play Chad in Conakry before the return leg on 15 November, two wins would see Six's team qualify for the delayed continental finals in 2022 in Cameroon.

The French coach will be without marquee players Amadou Diawara from AS Roma, who recently tested positive for coronavirus, and the injured Camara from Young Boys Bern.

Six believes that Chad represent a stern opponent, despite them sitting at the bottom of Group A with two defeats from two matches, ranked 177th on the Fifa rankings and having never qualified for the Africa Cup of Nations.

"There are no longer any weak teams," says Six.

"It is exactly in these games that it becomes more difficult, so you have to approach all matches the same way as a professional, as defending the colours of a country.

"You have to know that in Africa the playing field levels out towards the top and not the bottom."