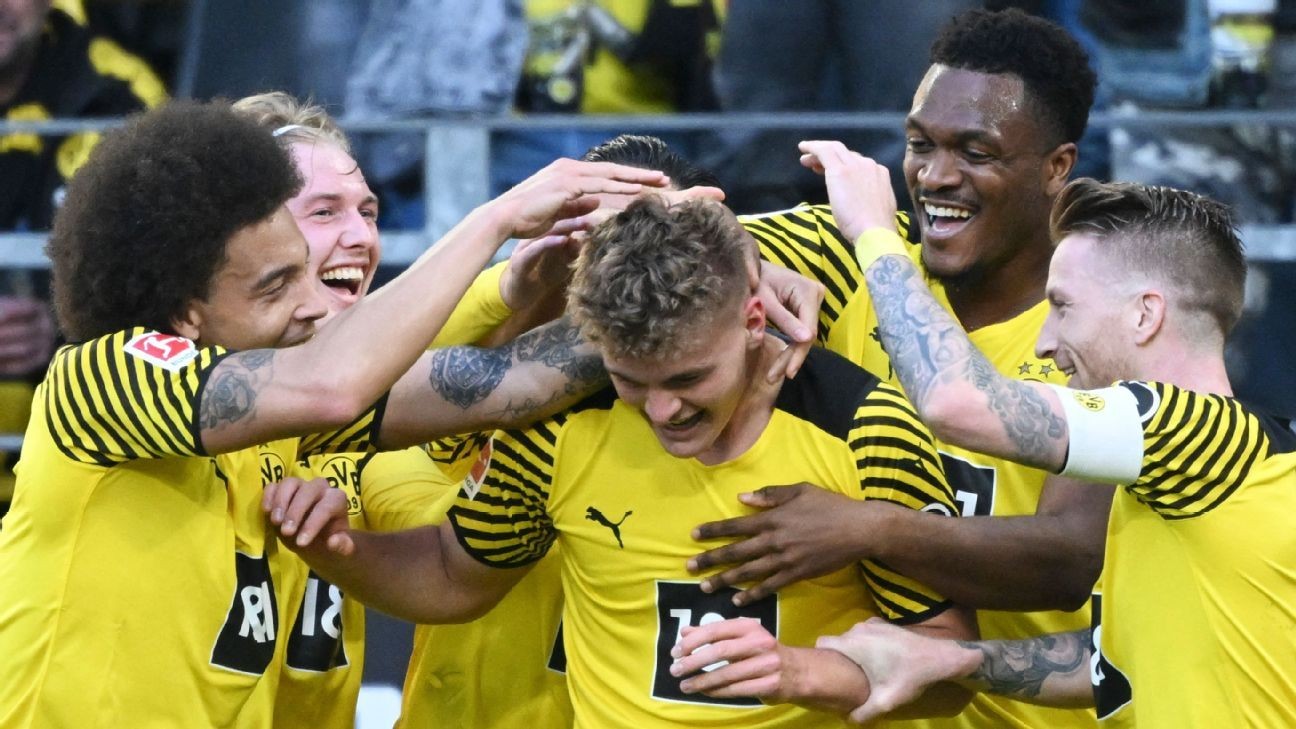 Borussia Dortmund forward Erling Haaland ended his Bundesliga goal drought with a double after teenager Tom Rothe opened the scoring on his league debut as they thumped VfL Wolfsburg 6-1 in a ruthless display at the Signal Iduna Park stadium on Saturday.

Axel Witsel, Manuel Akanji and Emre Can also scored as Marco Rose's second-placed side closed the gap on Bayern Munich before next weekend's Der Klassiker, although the leaders can restore a nine-point advantage at Arminia Bielefeld on Sunday.

Dortmund went ahead in the 24th-minute as 17-year-old Rothe met a corner with a glancing header that crept in, shortly after home goalkeeper Gregor Kobel had produced a brilliant save to deny Wolfsburg's Lukas Nmecha at the other end.

Witsel doubled Dortmund's advantage two minutes later with a neat left-footed finish inside the box following a quick counter, before Akanji made it 3-0 by guiding a free kick from Marco Reus past Koen Casteels in the 28th.

Can heaped more misery on Wolfsburg's leaky defence with a fourth from distance after 35 minutes before Haaland ended his five-match goalless run in the league by sweeping home a pass by Reus in the 38th following a fine collective effort.

Dortmund continued to threaten after the break and Haaland doubled his tally with a blistering effort after 54 minutes following another slick team move before Wolfsburg pulled one back through Ridle Baku nine minutes from the end. (Reporting by Shrivathsa Sridhar in Bengaluru; Editing by Ken Ferris)