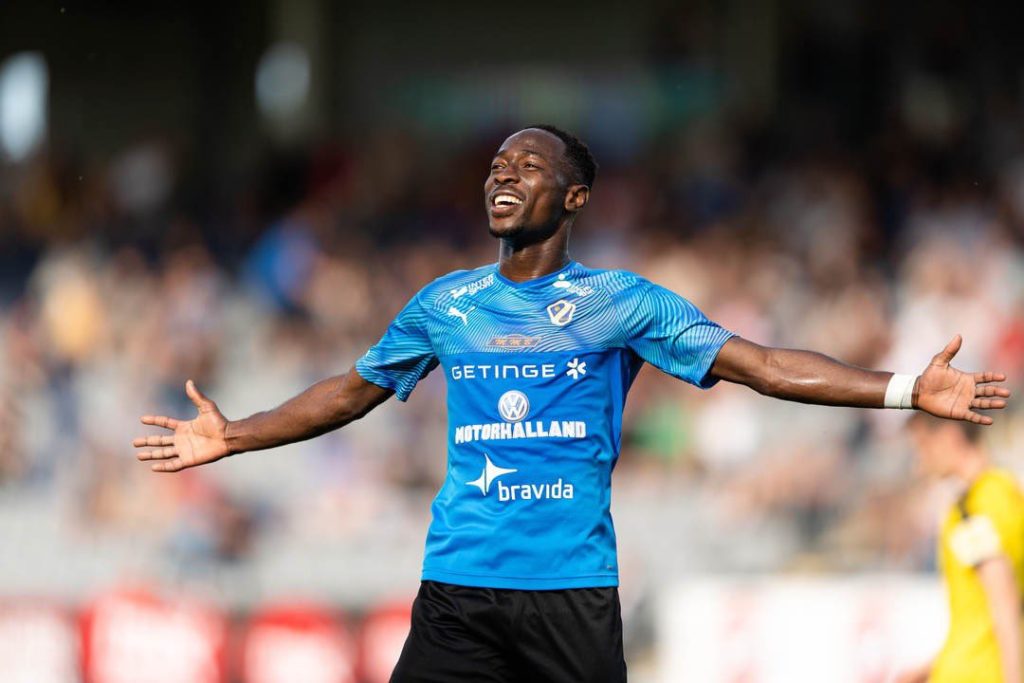 Ghana international Sadat Karim is elated after scoring a hattrick to help his side Hamstalds BK finish the round the Swedish Superettan League with a win.

Karim put up an incredible performance as he found the back of the net on three occasions and provided an assist as Hamstalds BK thrashed IK Frej 4-1 on Sunday.

"Alhamdulilah. Hattrick and an assist today. What a way to end the first round of the season. Thank you to all the fans that believed in me all this while," he posted on Twitter after the game.

The former Hearts of Oak striker opened the scoring for the home side in the 22nd minute before adding a fine second with two minutes left to end the half.

Sadat was impressive in the first half but returned from the break to cap a phenomenal performance with his third in the 53rd minute.

The home side took their legs off the peddle a bit allowing IK Frej attacker Mattias Bouvin to pull one back in injury time.

Karim, who lasted the entire duration has increased his tally in the Superettan league to five in 14 games.