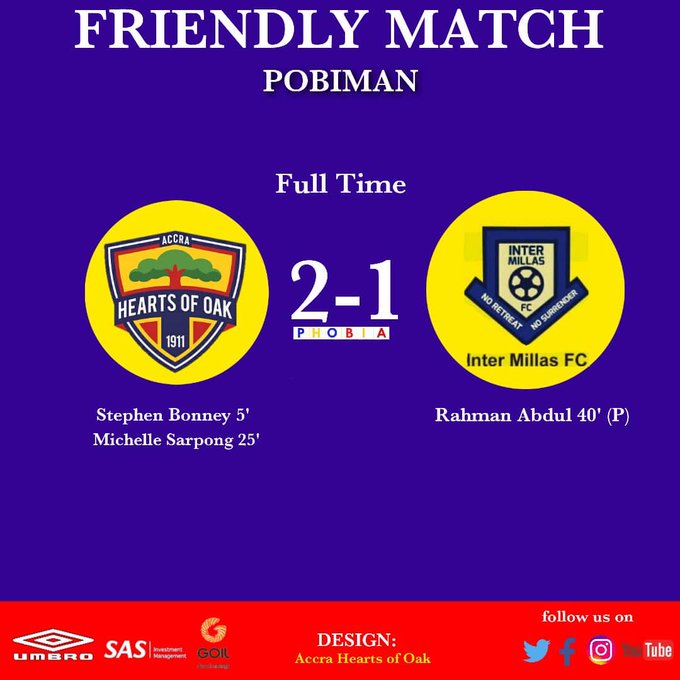 Ghana Premier League giants, Accra Hearts of Oak has recorded another friendly win against lower division side Inter Millas FC as they continue preparations for their crunch meeting with Kumasi Asante Kotoko in this year’s President Cup.

In a warm up game played at the Pobiman Park on Saturday morning, it is the Phobians who reigned supreme, posting a narrow 2-1 victory over the division two club.

Two good goals from Stephen Bonney and Michelle Sarpong were enough to steer the Rainbow boys to victory despite an equalizer from Abdul Rahman to halve the deficit for the away side.

Defender Christopher Bonney and striker Kofi Kordzi impressed in the match and provided the assist for Kim Grant’s men on the day.

The match is one of many that has been played in the space of one week ahead of their crucial game with the Porcupine Warriors on Sunday, September 8, 2019, at the Baba Yara Sports Stadium.