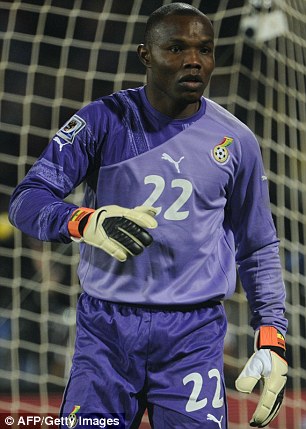 Ghana national team great, Richard Kingson has been appointed as the new goalkeepers trainer at Hearts of Oak, sources close to the club have revealed.

The Accra-based club this week have been hit with multiple resignations leaving the team in sixes and sevens ahead of Matchday 15 of the Ghana Premier League season this weekend.

Besides Kosta Papic who resigned as the Hearts of Oak head coach, Ben Owu who was the goalkeepers coach for close to two years have also resigned from his position.

On the back of successful talks, Hearts of Oak have reportedly secured the services of former Black Stars goalkeeper Richard Kingson as the team’s new goalkeepers coach.

He starts work immediately as the club takes steps to appoint a new head coach.