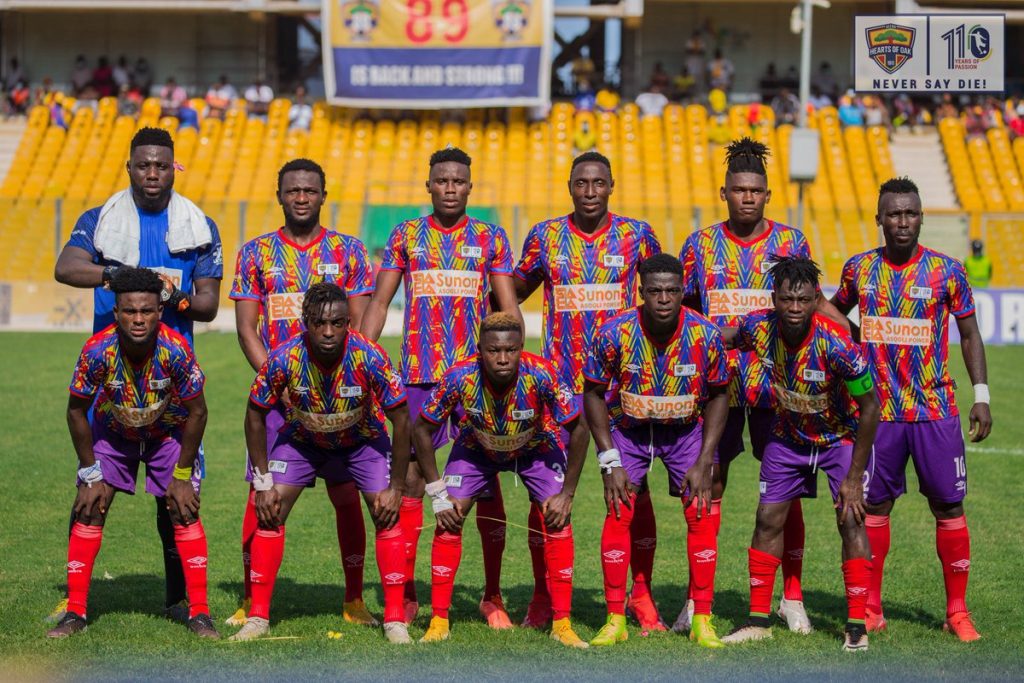 The Phobians last Sunday hosted the side from Morocco in the first of a scheduled two-legged tie in the playoff to the Group Stage of the elite continental inter-club competition.

Although it was a tough game, Hearts of Oak managed to secure a narrow 1-0 win at the end of the contest.

Keen on progressing from this stage, the Ghanaian club has travelled to Morocco and must today earn a positive result from the second leg against Wydad AC.

Ahead of the game, footballghana.com has intercepted the starting eleven named by Hearts of Oak head coach Samuel Boadu.

Below is the lineup: