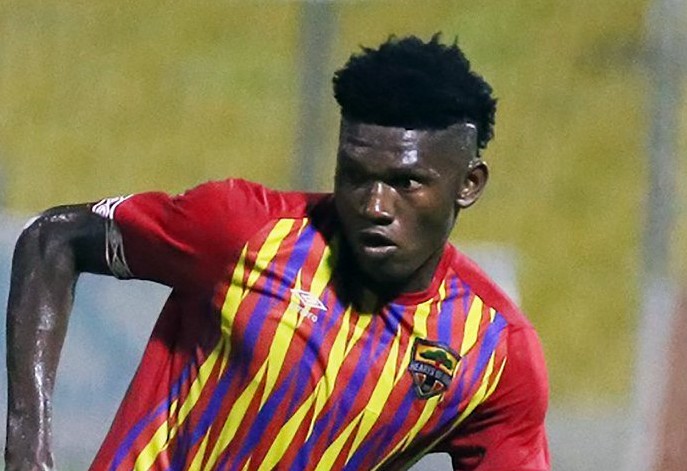 The announcement from the Phobians today confirm weeks of speculations where it had been rumoured that the Congolese defender is on his way out of the club.

From the official statement from Hearts of Oak today, Raddy Ovouka is only leaving the club for a loan spell in the USL but remains a player of the club.

“Accra Hearts of Oak has agreed with American based club, New Mexico United to transfer defender, Raddy Ovouka to them on a 1-year loan deal,” a statement on the Twitter page of the club has said.

It adds, “The Congolese defender still remains a player of Hearts of Oak until New Mexico exercises the right to buy him permanently. We wish him well with his new club.”

In his absence, William Denkyi is filling in fine and expected to be the first choice left-back for the remainder of the season.