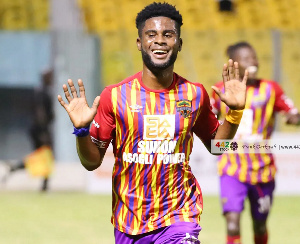 Hearts of Oak star Daniel Afriyie Barnieh has returned to the Black Stars squad for the 2023 Africa Cup of Nations qualifiers and Kirin Cup in Japan.

The Black Stars will play Madagascar and Central African Republic in qualifiers next month before traveling to Japan for the four-nation tournament.

Ahead of the various international assignments, Otto Addo has named 33-man squad with Barnieh no exception.

Afriyie Barnieh who has been the livewire for Hearts of Oak this season has bagged 10 goals in all competitions.

He was instrumental when the club secured qualification to the final of the MTN FA Cup competition.

Barnieh will hope to impress at national camp to cement his place in the Black Stars.