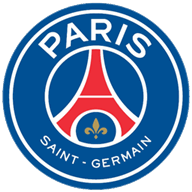 Paris Saint-Germain is a powerhouse in French and European football. Established in 1970, the club attracts top footballing talent from France and globally. Its superb performance brings many benefits in the form of lucrative sponsorships from leading brands like HFM , a multi-asset regulated and licensed global broker.

These sponsorship deals help the team become a dominant force in the League 1 and UEFA Champions League. It’s also no secret that the club is now in a favourable financial situation, allowing it to sign big-name players like Neymar, Mbappe, and Lionel Messi. PSG boasts world-class infrastructure, making it easier to thrive in a highly competitive league.

The club’s new owners have managed to turn its fortunes in a matter of few years. Top local and international players have helped the team win the League 1 title eight times after the new owners took over. A combination of good management and access to working capital has yielded astonishing results. Team managers identified the most effective ways to deploy resources, maximizing results and returns.

For this reason, the star-studded team is doing well in Europe and remains a major contender for future titles.

Paris Saint-Germain leads League 1, thanks to the contribution of stars like Mpappe and Neymar. The team has been registering impressive score lines in recent times as it stamped its authority in the local league. PSG fans are now accustomed to 3-0 victories against rivals in the league and cup games.

Current coach Christophe Galtier plays an important role in keeping his charges on the winning trail. He understands what the team needs to do to stay at the top. The likes of Marseille and Lens are fiercely gunning for the top position. Thankfully, Galtier’s side fields a fearsome group of players in all departments.

The coach and his technical team are happy with the team’s current performance. But everyone understands the need to guard against complacency. Its strikers lead the charge and can dig deep to find elusive goals if the opponents try to frustrate them. On the other hand, PSG’s summer signing, Hugo Ekitike, is starting to find his feet at a time when his team can’t afford to put a foot wrong.

There’s no denying that thriving in League 1 takes some doing. In the current season, Lens is playing impressive football. The team has a knack for scoring a lot of goals to pile the pressure on top-of-the-table rivals Paris Saint-Germain and Marseille. It’s switching between second and third spots in a tussle for top honours. As usual, Paris Saint-Germain is proving a tough nut to crack in the 2022/23 season.

For its part, Marseille can hold its own, but the battle to lead League 1 is undoubtedly a tall order. Other League opponents include Nice and Monaco.

Star striker Kyllian Mbappe extended his contract with the club before the season commenced. The club also bolstered its defence by signing Portuguese left-back Nuno Mendes, who penned a lucrative contract expiring in 2026.

Other signings in 2022 include Hugo Ekitike, Nordi Mukiele from RB Leipzig, and Renato Sanches from Lille. These new signings can make a huge difference in shaping Paris Saint Germain’s fortunes for the 2022/23 season and the future. The technical team and management strive to keep the club at the top of its game (the ultimate winning team). In turn, it attracts lucrative sponsorship deals and remains a magnet for the world’s best soccer talent.

HFM recognised PSG’s brilliance on and off the field, compelling the regulated broker to sign a sponsorship deal. The award-winning forex broker understands that a lot goes into building a successful team. It knows that traders on Metatrader4 and other platforms can learn a lot from soccer.

Like in soccer, online trading requires strategic planning, discipline, and training before reaching the desired goal. Winning trades don’t just come out of thin air. Traders must work tirelessly to build knowledge and expertise. Another key ingredient is persistence. As in soccer, traders need to overcome challenges to achieve winning trades.