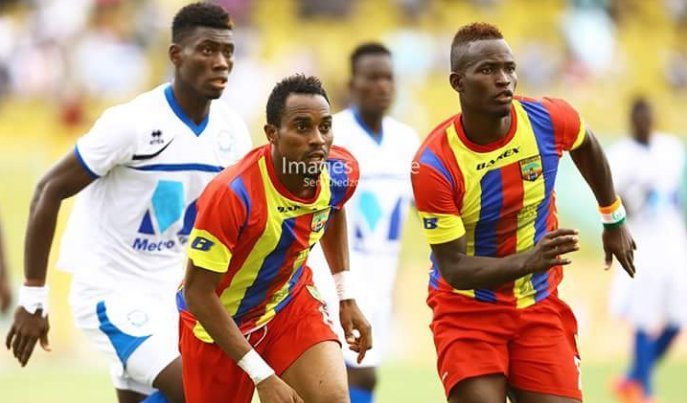 Ghana Premier League giants Accra Hearts has confirmed that they are in talks with Great Olympics to try and agree on a new date to play the 2019 Homowo Cup.

The Regional rivals were billed for a clash on Sunday, September 15, 2019, as part of activities to celebrate the Homowo festival but in a surprise development, however, the Phobians on Tuesday indicated through a statement that the match had been canceled.

“The proposed Homowo Cup game scheduled for Sunday, September 15, 2019, at the Accra Sports Stadium against city rivals Great Olympics has been canceled”.

Later on in the day, the club through another statement has revealed that discussions are ongoing to settle on a new date for the match.

“We are in talks with city rivals Great Olympics on a new date for the 2019 Homowo Cup game at the Accra Sports Stadium”, the statement on Hearts of Oak’s official Twitter handle read.

Footballghana.com checks have revealed that the match is likely to be played on the last Sunday of September.