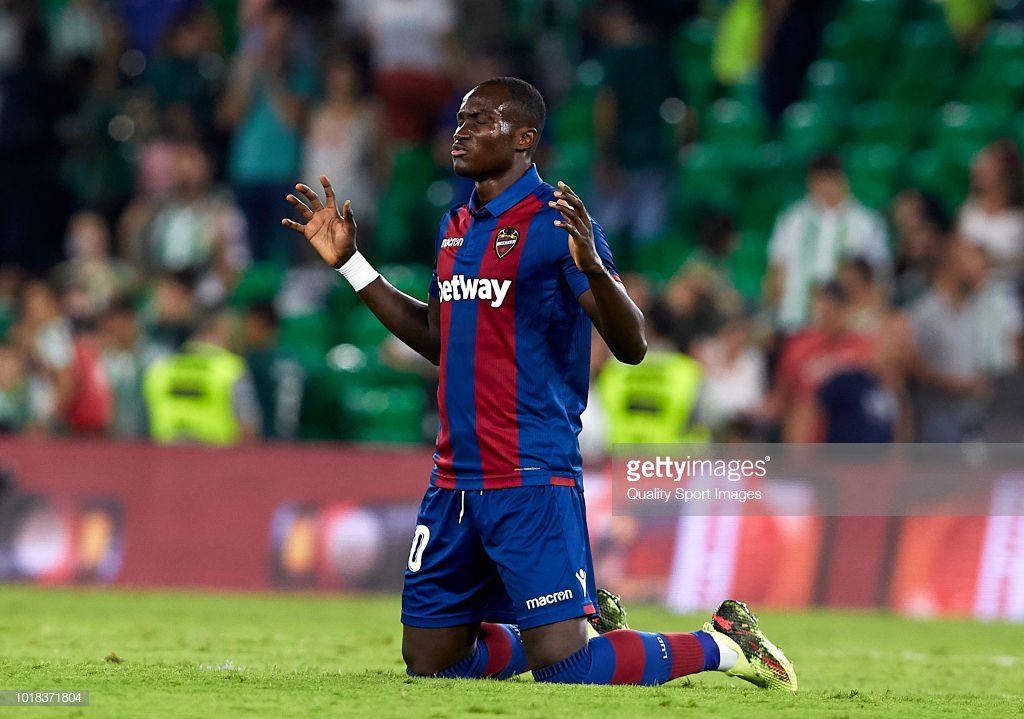 Raphael Dwamena may not have expected to walk into the starting XI of Spanish top-flight outfit Levante after moving from Switzerland’s FC Zurich last summer, but he probably didn’t think holding his own in new environs would be this difficult.

In the 25-game-old 2018/19 La Liga season, he’s tasted just 112 minutes of football spread across nine appearances, without ever being a starter. Dwamena has enjoyed better fortunes in the Copa del Rey, lasting the full course of two games — against lower-tier Lugo, fetching his only goal for the Frogs thus far — and enjoying a cameo versus FC Barcelona earlier this year.

But while it’s easy to argue that Dwamena deserves more consideration from manager Paco Lopez than he’s had, the Ghanaian has found himself at the foot of a tall pecking order. In Roger Marti (10 goals in 18 league starts), Borja Mayoral (two in eight) and Emmanuel Boateng (one in seven), Lopez has had decent picks for the centre-forward role.

Add Jose Luis Morales, a left-winger who has already led the attack for Levante 11 times this season with five goals to show, and the odds against Dwamena appear even greater.

Of course, Dwamena knows he’d have more opportunities as the season rolls along, but there is a reason to believe he could make that advancement even faster. Last week saw Boateng, Dwamena’s international teammate, seal a transfer from Levante to the Chinese Super League, joining Dalian Yifang.

And although Dwamena would miss the company of his countryman, Boateng’s absence also means one less challenger for a regular playing berth.

Not that there would be any guarantees; Marti, Mayoral and even Morales — who, between them, have netted nearly half of the Valencia-based side’s La Liga goals — would remain Lopez’s preferred options at least until the season’s end, but Dwamena can certainly do more to push himself into the coach’s consciousness now that a less crowded attacking department offers increased visibility.

It’s a chance — a small one, but a chance nonetheless.