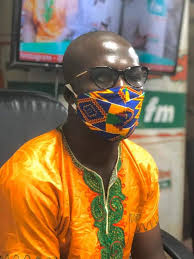 The Asante Kotoko supporter who lost his eye last season, Augustine Oppong says he feels neglected by the club and its National Circles Council (NCC).

The supporter was at the Baba Yara Sports Stadium during the 2019/2020 season when the club faced off with Berekum Chelsea.

Following a 1-0 defeat, Augustine Oppong became the victim of a shooting incident and subsequently lost an eye.

Despite a number of support provided by Asante Kotoko and the NCC, he says he feels neglected.

“The Kotoko NCC has done very well for me but I find it difficult to eat, take care of my family, things are not easy for me.

“I feel neglected by the Kotoko and Kotoko family”, Augustine Oppong said in an interview with Hot FM.

Reacting to the utterances, NCC member Nana Kwame Dankwah has noted that Augustine Oppong is being ungrateful.